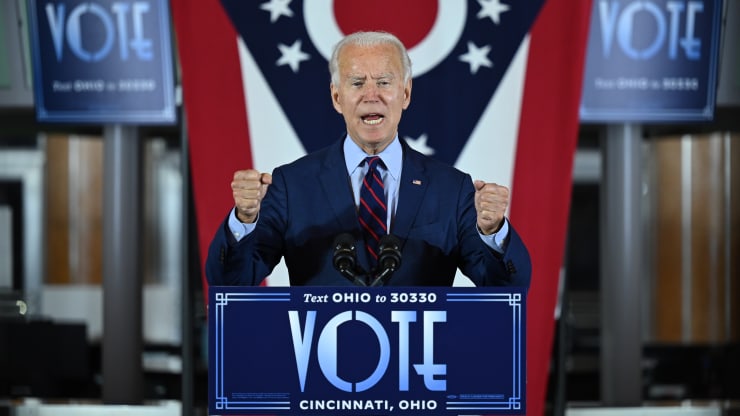 Joe Biden delivered a scathing critique of the Trump administration’s response to the coronavirus pandemic dur... 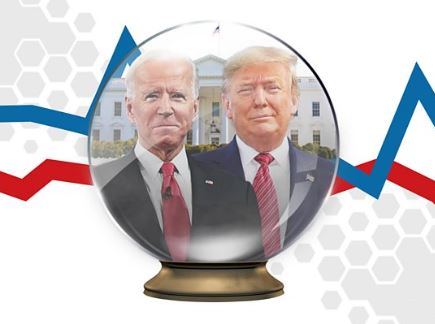 The US presidential election has been turned on its head. That sentence could have been written about any numb... 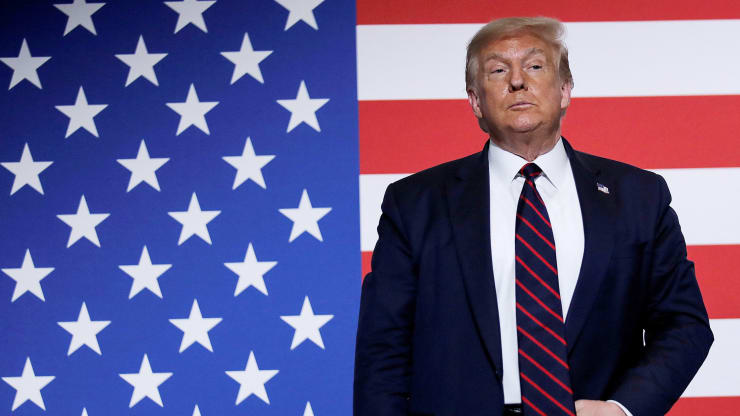 President Donald Trump and Democratic nominee Joe Biden are set to square off in a face-to-face debate for the... 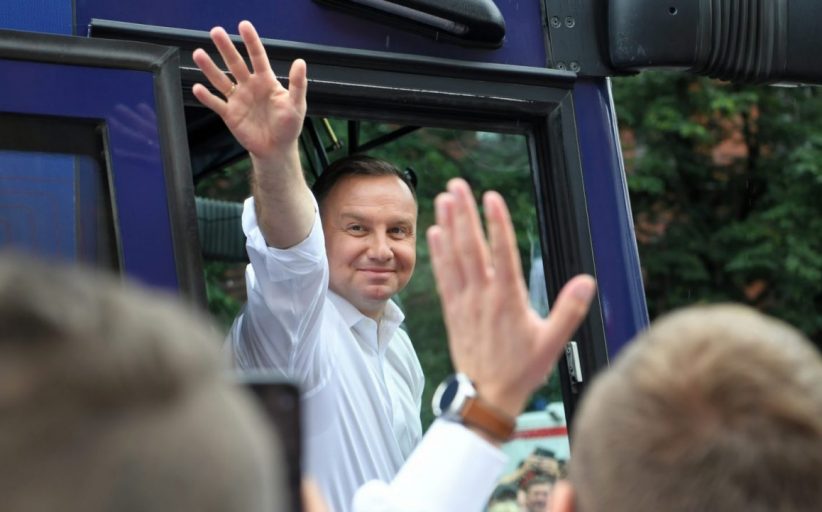 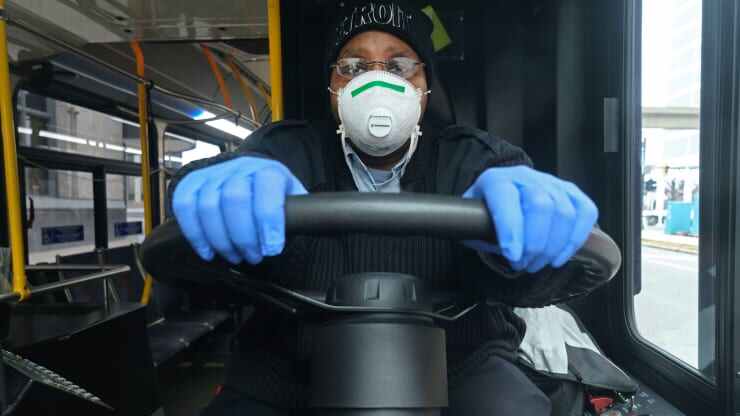 Black voters in swing states, hit harder by the coronavirus than other racial groups, worry most about the ong... 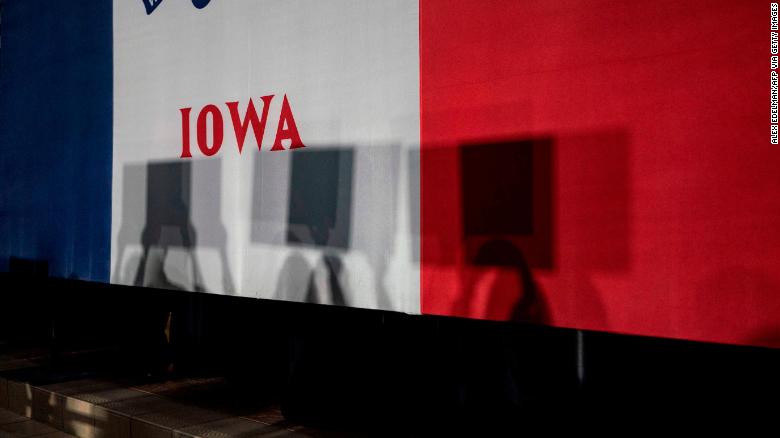 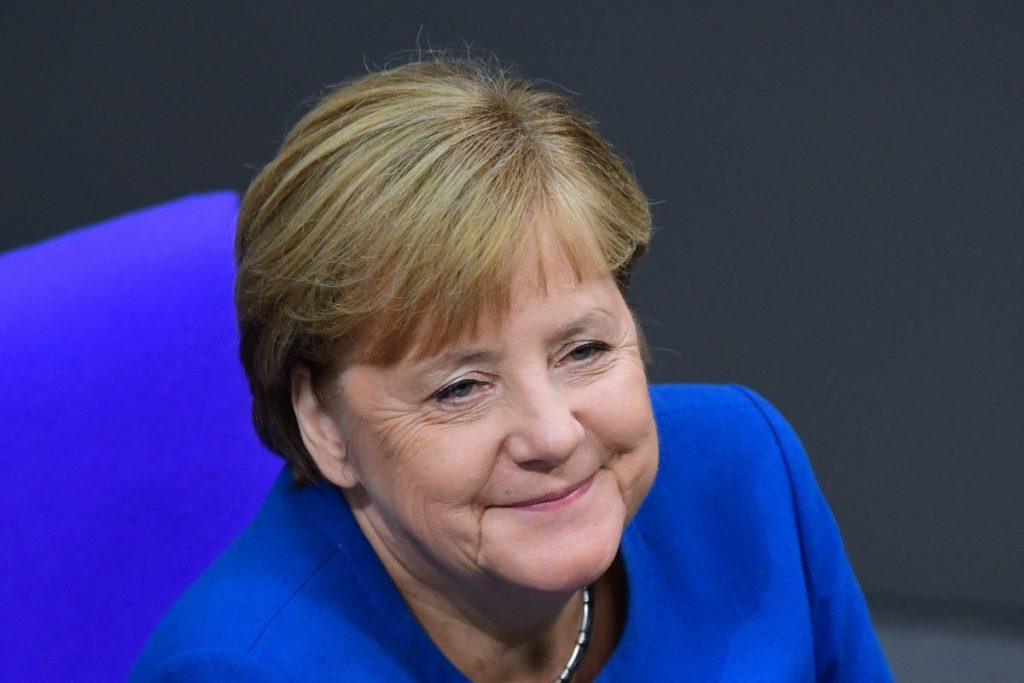 Chancellor Angela Merkel has promised to put EU-China relations to the fore when Germany takes on the European Union’s rotating presidency next year. This includes plans for a summit meeting – which multiple diplomatic sources expect to be held in Leipzig next September – where for the first time President Xi Jinping would meet all […] Read more 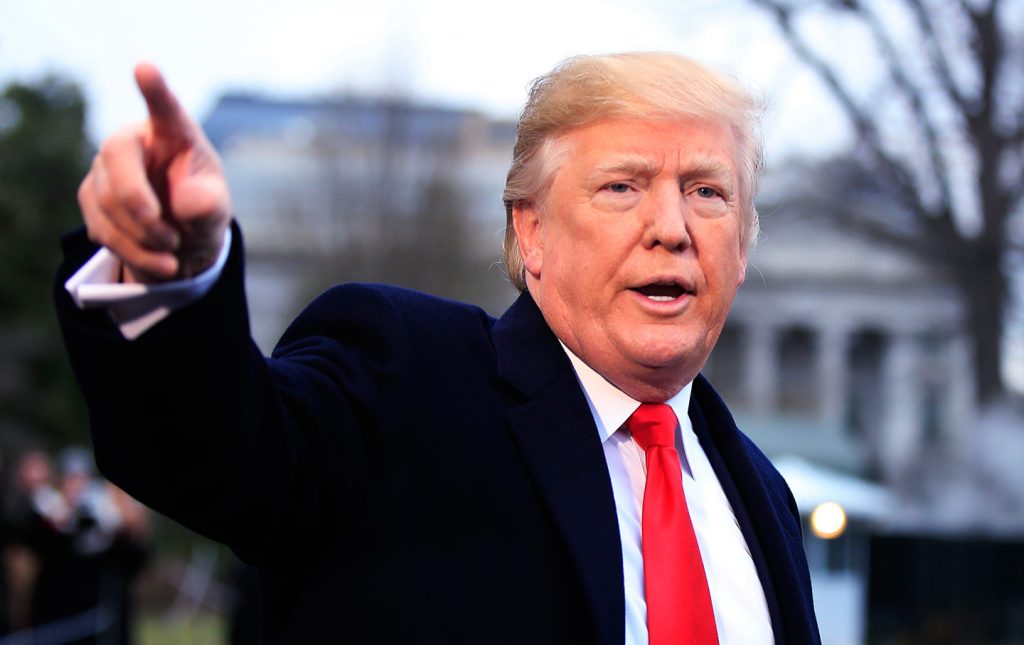 President Donald Trump blasted the conservative cable network Fox News on Thursday after it reported that its new poll on impeachment found a majority of respondents favoring his removal from office. “Whoever their Pollster is, they suck,” Trump lashed out on Twitter, a day after the Fox poll showed that a new high of 51% […] Read more 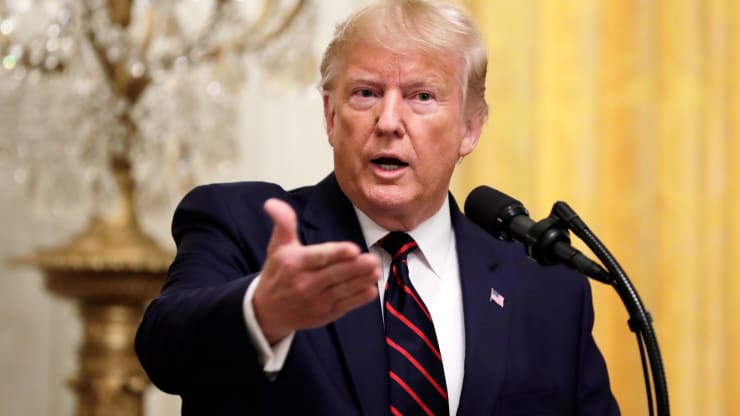 Modern polling usually tells us how public opinion hasn’t moved. Despite last week’s hailstorm of bad news, President Donald Trump’s job approval rating stood virtually unchanged. So did the president’s backing from Republican elected officials in Washington. Except for Sen. Mitt Romney of Utah and a few others, GOP members of the House and Senate […] Read more 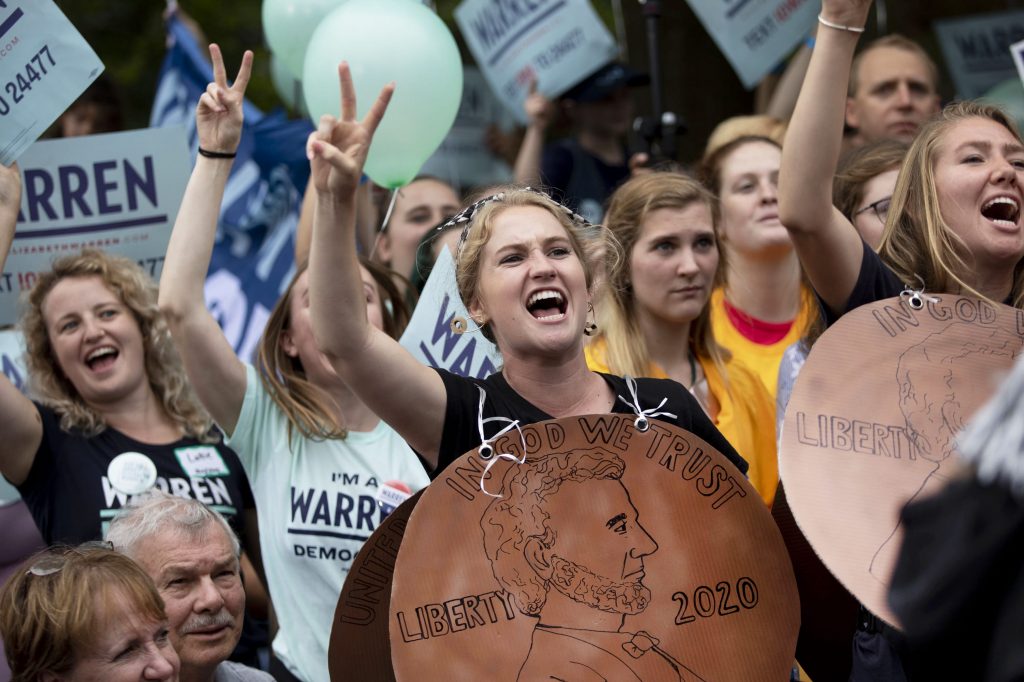 The two words that are powering Warren’s rise and rallies

It has become the two-word rallying cry at Sen. Elizabeth Warren presidential campaign events: “Two cents! Two cents!” Warren’s wealth tax, which taxes wealth over $50 million at 2%, has quickly become the energizing force of her campaign and helped propel her rise in the polls. Her surge not only speaks to the popularity of […] Read more

South Bend, Indiana Mayor Pete Buttigieg brought in $19.1 million in the third quarter, his campaign announced on Tuesday. The haul is less than the sum Buttigieg raised in the previous quarter, but is still expected to be among the heftiest totals raised by any of the candidates vying for the Democratic nomination for president […] Read more 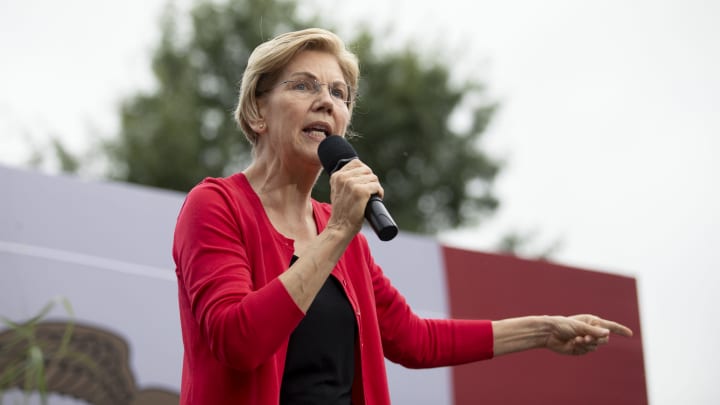 Wall Street is “terrified” of a potential Elizabeth Warren presidency and it has opened up buying opportunities in the market, CNBC’s Jim Cramer said Thursday. The worried investors are trying to game the 2020 election and the Massachusetts senator’s odds of winning the Democratic Party nomination and the White House as she closes the lead […] Read more 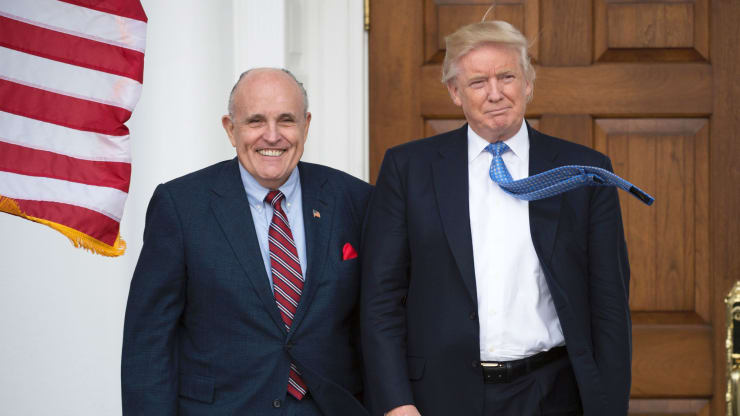 Rudy Giuliani says he can’t be “100%” certain that Trump did not threaten to withhold foreign aid when he reportedly urged Ukraine’s president to investigate Joe Biden’s son. Trump’s phone call with the foreign leader is reportedly the subject of a whistleblower’s complaint that has spurred new accusations of wrongdoing from Democrats. The Wall Street […] Read more 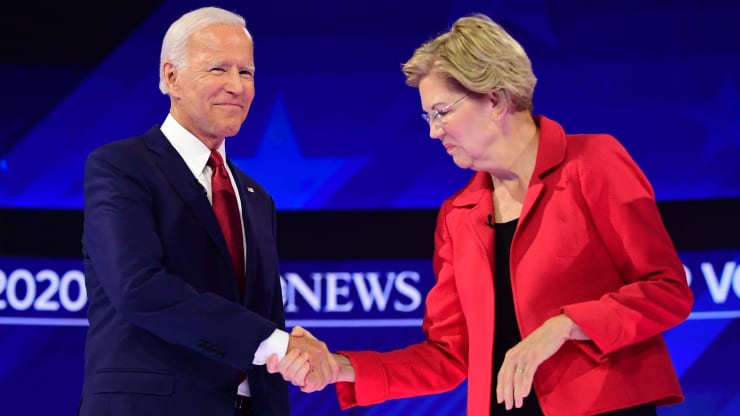 In a new NBC/WSJ poll, Joe Biden draws 31% compared to 25% for Elizabeth Warren. At 14%, Vermont Sen. Bernie Sanders trails Warren by a double-digit margin while 15 other candidates receive support of 7% or less. Biden builds his edge on dominance among three chunks of Democratic primary voters. He commands 49% among African-Americans, […] Read more 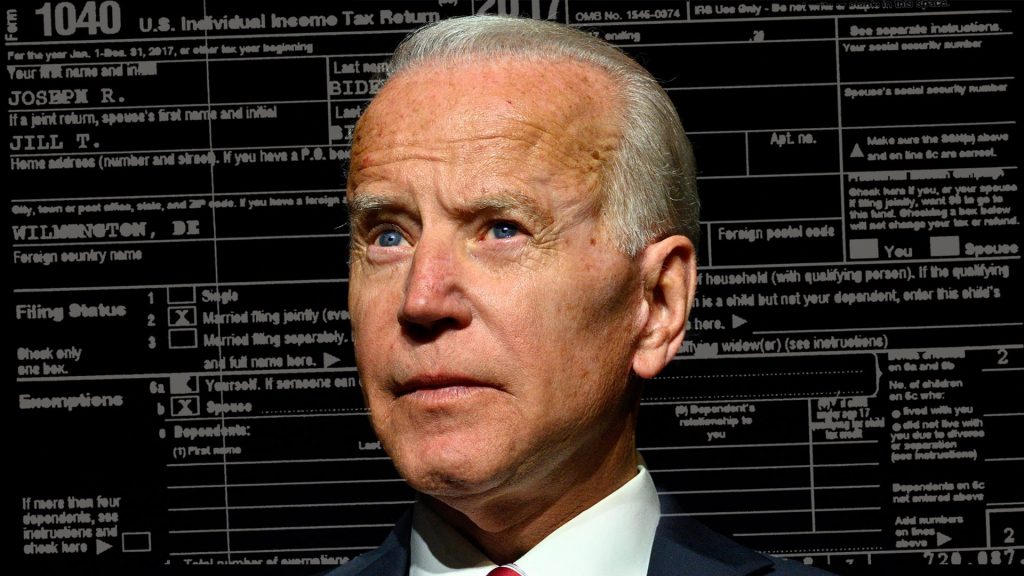 Former Vice President Joe Biden is heading back to Wall Street for two fundraisers Thursday, the day after he participates in a climate change town hall. Biden has shown a willingness to court big money and corporate-linked donors, even as his campaign tries to distance him from lobbyists. Biden previously visited New York in June […] Read more 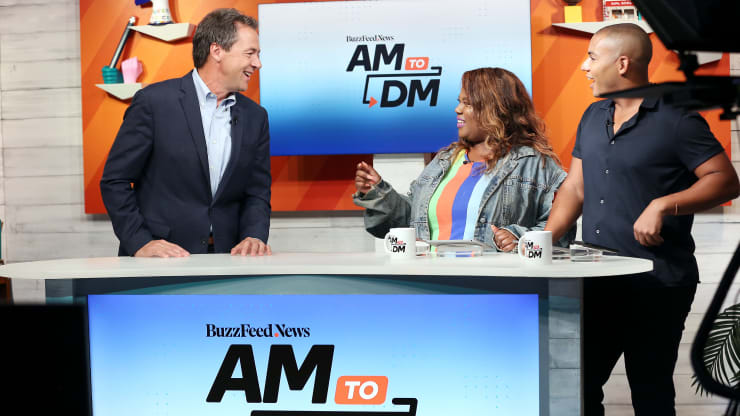 Democratic hopeful Steve Bullock on what Amazon and President Trump have in common, and why young voters should care

Many good policy ideas miss out on the daily cable news spin cycle — but it is not for lack of trying. CNBC.com is interviewing presidential candidates this summer to gain insight on their vision and how it can impact the economic outlook for 37% of the 2020 electorate: voters from the millennial and Gen […] Read more