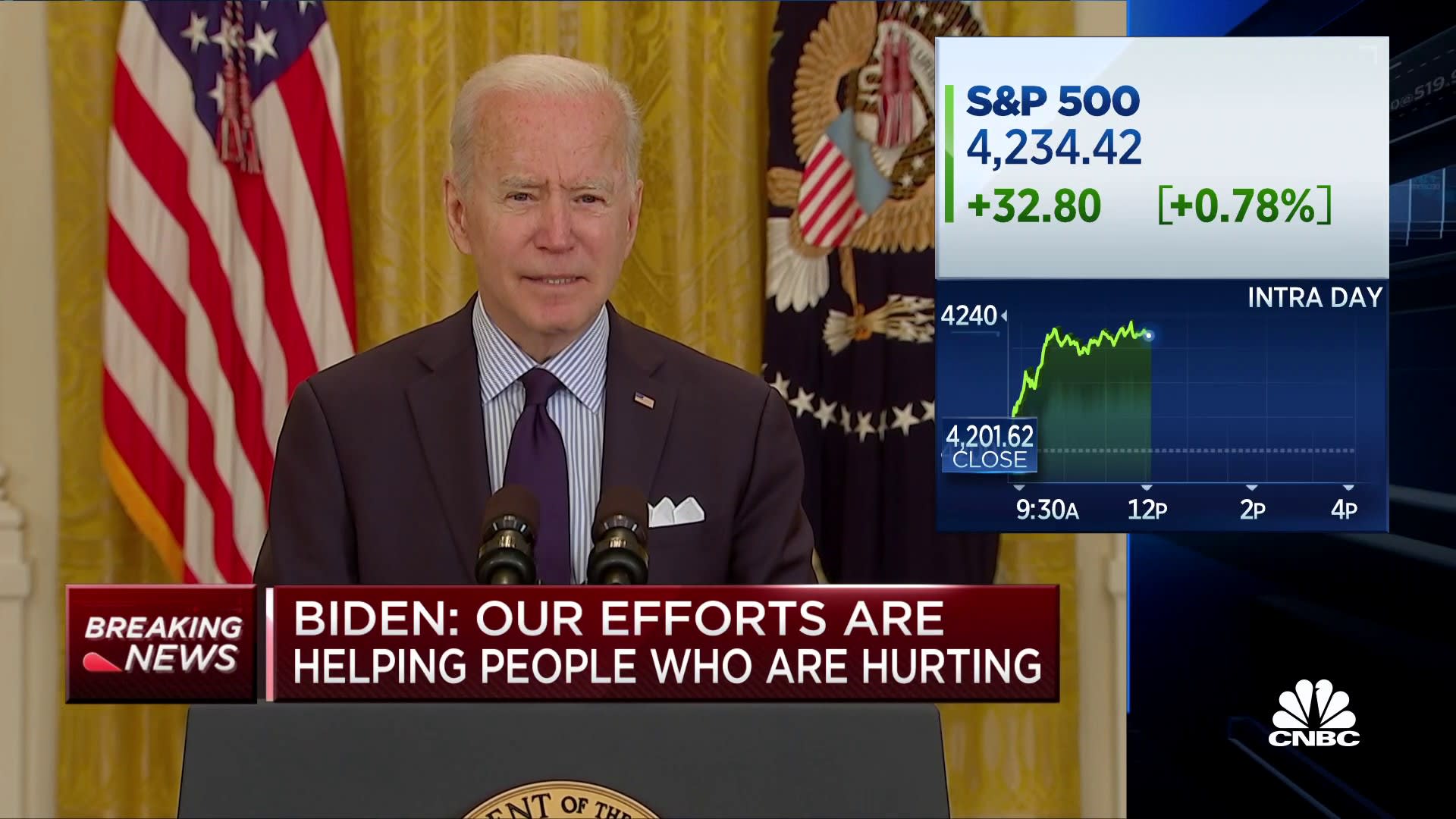 Several progressive organizations have banded together to launch a new influence campaign to target groups, such as billionaire Charles Koch’s political network, which have pushed back on significant elements of President Joe Biden’s multitrillion-dollar agenda.

Details of the campaign, called “Stop Deficit Squawks,” were first shared with CNBC. It launched Monday.

Nearly 20 groups have signed on to the campaign so far, including Patriotic Millionaires, a group of millionaires who believe the rich should pay higher taxes. Activist groups Indivisible and Tax March, which is currently running a seperate campaign calling for higher taxes, are also involved.

The effort will initially target the Koch-backed Americans for Prosperity, the Committee for a Responsible Federal Budget, the Heritage Foundation and the American Enterprise Institute. All of these groups have either pushed back or lobbied against aspects of Biden’s massive spending agenda, which is geared toward revamping infrastructure, increasing green technology, and providing health and education aid to families.

“When we get into the heat of the battle, I think this is going to be a huge fight and it’s imperative we get everybody aligned to understand that in addition to advancing the Biden agenda, we are going to need to respond to these attacks as they come around on the deficit,” Margarida Jorge, executive director of Health Care for America Now, told CNBC in an interview Monday.

The group is involved in the “Stop Deficit Squawks” campaign. Health Care for America Now, according to its website, has ties to the New Venture Fund, a 501(c)(3) dark money group that raised over $450 million from anonymous donors in 2019, according to the nonprofits most recent 990 disclosure form.

The progressive groups’ campaign comes as Biden and Democrats face Republican criticism for big-ticket spending proposals. Biden signed a $1.9 trillion coronavirus relief bill in March and is looking to pass an infrastructure proposal that could cost around $2 trillion. He also proposed a families plan, which would include $1.8 trillion in spending and tax breaks.

Several conservative-leaning groups have already started criticizing Biden’s infrastructure plan, with much of the criticism focusing on a proposed hike in the corporate tax rate.

To counter that push, the progresive groups plan a six-figure ad campaign that’s set to be launched in the coming weeks. They also launched a website blasting organizations and politicians concerned about the deficit.

“Deficit squawks like the Committee for a Responsible Federal Budget, Americans for Prosperity, American Enterprise Institute, and Heritage Foundation are funded by corporate and far-right special interests bent on dismantling vital and popular safety net programs — by creating what even they admit is an artificial crisis around the deficit,” the website says.

There will also be a grassroots element to the campaign. Members of some of the coalition groups will pressure individual lawmakers across the country to back the spending plans and reject deficit hawks’ criticism.

It will represent one of the largest organized efforts advocating for Biden’s big spending plans.

“Just being organized and ready to respond is at the heart of this effort,” Amy Traub, an associate director of the progressive group Demos, told CNBC in a phone interview on Monday.

It links to a previous statement by Senate Minority Leader Mitch McConnell, R-Ky., in which he cites the Committee for a Responsible Federal Budget’s president, Maya MacGuineas, as a critic of some of the facets of the Biden Covid relief bill.

“Only about 1 percent of the entire package goes toward COVID vaccines, and 5 percent is truly focused on public health needs surrounding the pandemic,” MacGuineas said in a statement in February. “Meanwhile, nearly half of the package will be spent on poorly targeted rebate checks and state and local government aid, including to households and governments that have experienced little or no financial loss during this crisis.”

The site also takes aim at Americans for Prosperity for criticizing the Covid relief bill by quoting an AFP press release that claims the legislation is “packed with unnecessary spending.”

“AFP believes any COVID relief spending should be timely, temporary, and targeted to those hit hardest by the pandemic,” the Americans for Prosperity statement says.