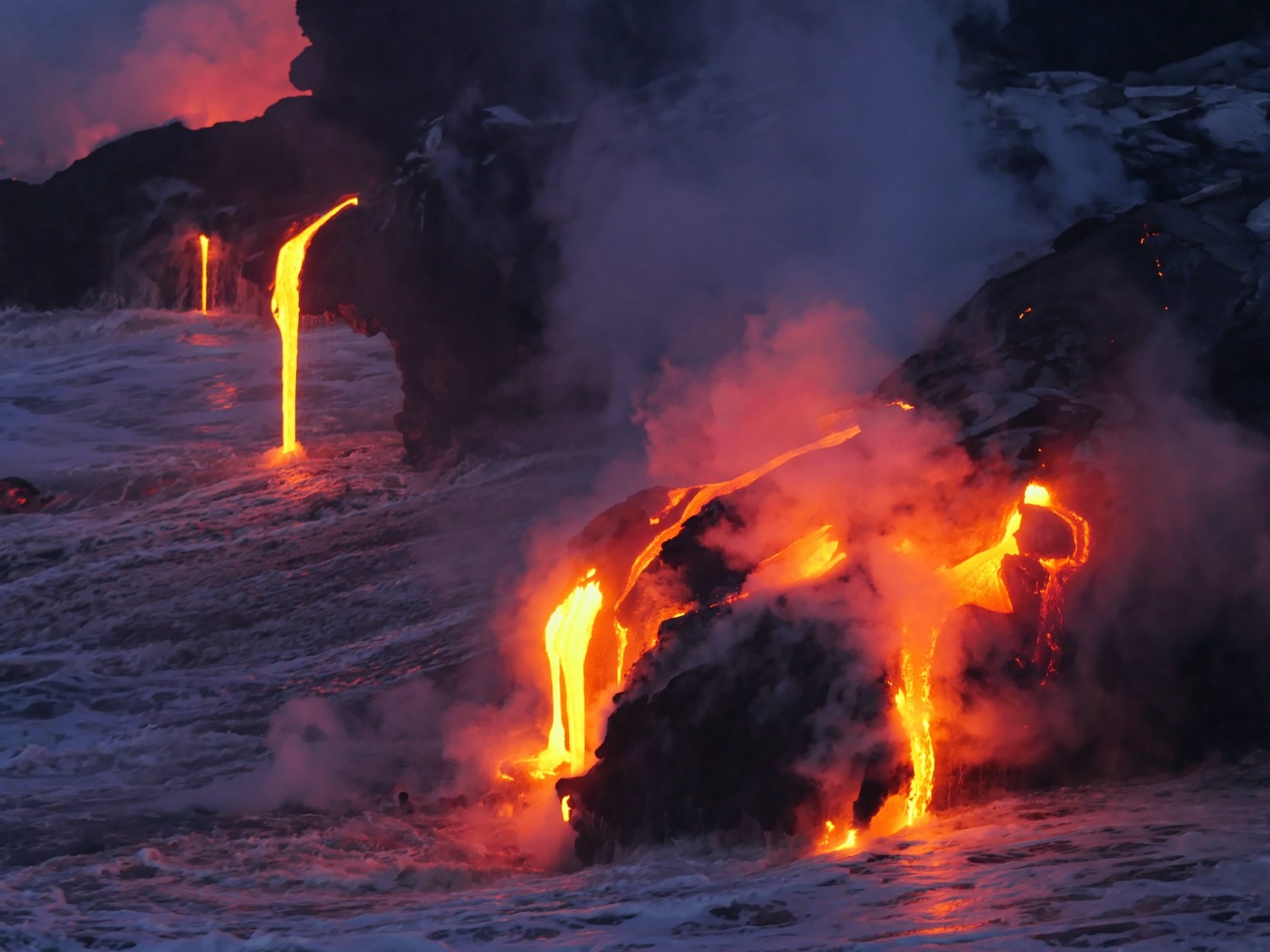 Mauna Loa, the world’s largest and most active volcano, began shooting smoke ash into the air and orange lava down the terrains of Hawaii’s major island on Monday.
At around 11:30 p.m., lava began spewing from Moku’weoweo, the caldera peak of Mauna Loa volcano.
When the volcano erupted, the Hawaii County Civil Defense Agency issued a red warning, claiming that the pyroclastic flows were limited inside the summit region and did not harm the slope settlements.

Three hours later, the agency told the public that shelters had opened at Old Kona Airport in Kailua-Kona and Kau Gymnasium in Pahala, and that lava activity remained limited to the top.

The County Civil Defense drew data from the US Geological Survey, which has been following the eruption since it began.

USGS advised residents of Hawaii that eruptions were dynamic and that lava flows might vary quickly, advising them to expect for worsening conditions.

Mauna Loa is one of five volcanoes that comprise the island of Hawaii, which is located at the southern end of the Hawaiian chain.

The volcano has a peak elevation of 13,670 feet above sea level, and when it erupted in 1950, lava from the mountain traveled 15 miles to the coast in less than three hours.

It last erupted in 1984, spitting lava for 20 days. The explosion on Sunday night ended the volcano’s longest spell of silence in recorded history.