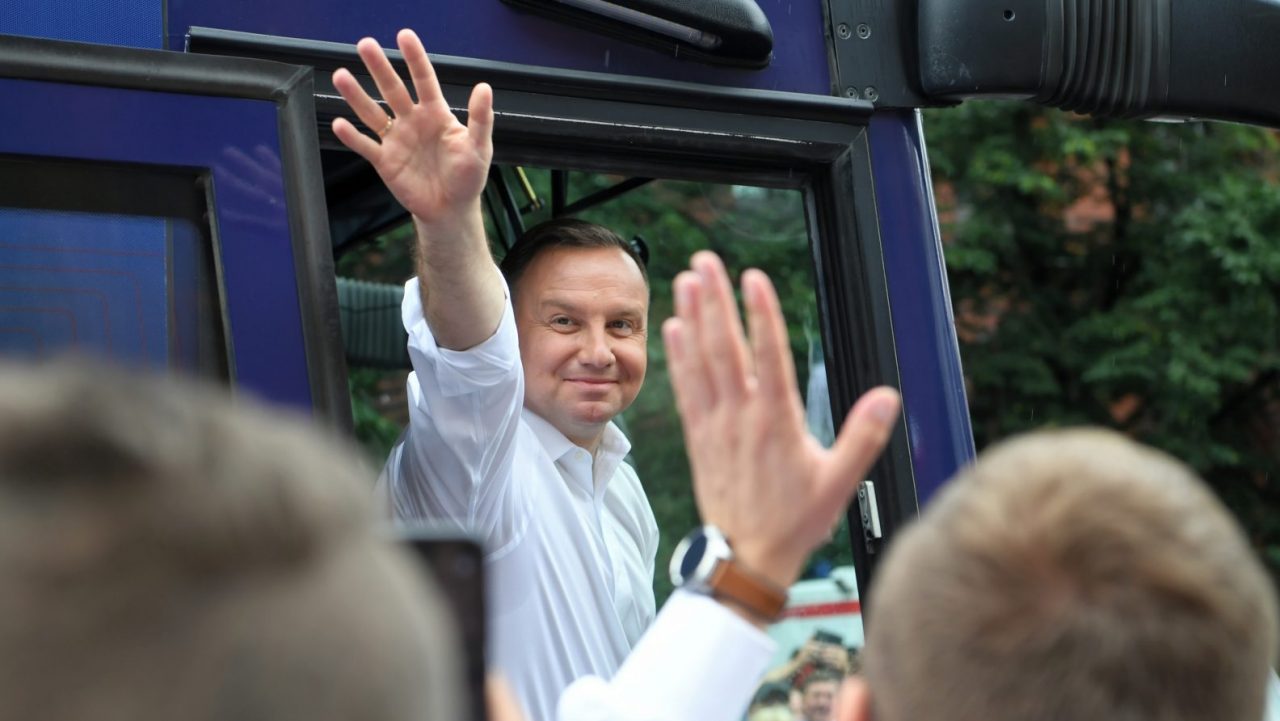 Incumbent Andrzej Duda won the first round of Sunday’s presidential election – but his main rival, Rafal Trzaskowski, polled well enough to ensure a close second round in two weeks.

Poland’s electoral commission on Monday said the incumbent President, Andrzej Duda, won 43.6 per cent of votes cast in Sunday’s presidential election, significantly less than the 50 per cent needed to win outright, and meaning he faces another round in two weeks’ time.

His main rival, Warsaw mayor Rafal Trzaskowski, won 30.3 per cent of the votes cast. An independent, Szymon Holownia, whose voters are likely to support Trzaskowski in the second round, won 13.8 per cent while the far-right candidate, Krzystof Bosak, got 6.7 per cent.

The turnout in the election was 64.4 per cent, despite the coronavirus pandemic meaning that many people had to wait in socially distanced lines outside polling stations.

The high turnout was consistent with generally increased participation in recent elections in Poland, attributed to the high level of political polarisation between the governing rightist Law and Justice PiS party and its opponents.

Both Duda and Trzaskowski, after hearing the results, seemed to indicate that they intended to battle for the votes of the far-right candidate, Bosak.

“In many issues concerning Poland, how Poland should be represented, how Polish interests should be managed, not much has separated us and not much separates us; in many aspects, we are thinking in similar ways,” Duda said on Sunday night, referring to Bosak. “When it comes to economic freedom, on many aspects we have the same views,” Trzaskowski echoed, also about the far-right candidate.

Bosak ran in the elections representing a far-right alliance, the Confederation, which has a strong libertarian faction. To some of these voters, the policies of centre-right Civic Coalition, which Trzaskowski represents, might be more appealing than those of PiS, whose pro-social policies Confederation has criticised in the past as “socialist”.

Importantly, the Confederation would benefit from a weakened PiS in terms of carving out more space for itself on the political scene – and Trzaskowski’s victory in the second round might have that effect.

Trzaskowski’s victory would undermine the governing right-wing coalition made up of the PiS and the party of former Science and Higher Education Minister Jaroslaw Gowin and the party of Justice Minister Zbigniew Ziobro.

Earlier this spring, Gowin pushed back against PiS leader Jaroslaw Kaczynski on holding presidential elections on May 10, forcing a compromise that led to the postponement of the vote to June. At the time, experts noted that the governing coalition looked increasingly fragile, with Gowin seeking a new prominent role for himself in a post-PiS future.

Poland is meanwhile headed for two weeks of fierce campaigning until polling day on July 12. Duda’s victory would enable the PiS to keep implementing its vision of the country undisturbed. A Trzaskowski victory, on the other hand, could shake up the governing coalition and potentially trigger early elections.
Another aspect is whether the validity of the elections will be challenged.

Legal experts have pointed to several concerns about the way the poll was postponed and organised. Some voters abroad also still have not received postal ballots. In some countries, the pandemic prevented them from taking part in a physical vote.

Others received faulty papers. There is also concern among the opposition ranks that the PiS itself might challenge the election result if Trzaskowski wins, with the now more PiS-friendly Supreme Court set to rule on rule on the issue.

For anyone who is interested in getting paid for online reviews, TOP platform helps to make that possible by offering the chance to sign up and register with them.