Latest News
Home People Biden has promised not to raise taxes on people earning less than $400,000. Here’s what he might push for instead 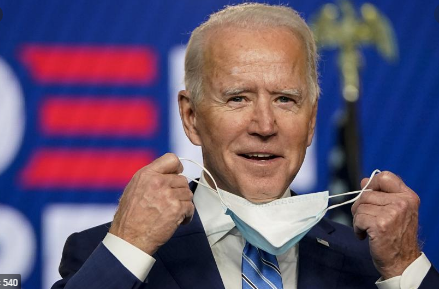 Biden has promised not to raise taxes on people earning less than $400,000. Here’s what he might push for instead

With the latest coronavirus relief package behind him, President Joe Biden may turn to another legislative priority this year: taxes.

Resetting how much Americans contribute to Uncle Sam could be high on the Democratic president’s list of priorities for this year.

Biden promised throughout his campaign that he would limit any tax hikes to people with incomes above $400,000.

“The President remains committed to his pledge from the campaign that nobody making under $400,000 a year will have their taxes increased,” White House press secretary Jen Psaki said this week.

She clarified on Wednesday that the $400,000 threshold applies to families, not individuals. Consequently, individuals who make $200,000 could be affected if they are married to someone who earns that same amount, for example.

Biden’s tax plan will focus on ensuring that corporations and wealthy individuals pay their fair share, she said. However, a formal package has not been released.

New taxes on the wealthy could help pay for infrastructure and other priorities, said Shai Akabas, director of economic policy at the Bipartisan Policy Center. But whether Biden can stick to that $400,000 campaign promise remains to be seen.

“He did draw a pretty clear line during the campaign,” Akabas said. “I expect, at least in his initial proposal, he’ll stick to that.”

How tax changes could impact individuals

Biden’s plan is expected to call for an increase in corporate taxes, while individuals at higher income levels can also expect to pay more.

He also wants to cap itemized deductions at 28% for people earning above that same threshold.

Brian Gardner, chief Washington policy strategist at Stifel, recently ranked both changes as having a “high” chance of going through.

One less probable change this year, according to Gardner, would be Biden’s proposal to apply payroll taxes to those earning more than $400,000 in order to help shore up Social Security.

Workers pay this tax on up to $142,800 of their wages in 2021. The change would create what’s called a donut hole, whereby wages between $142,800 and $400,000 would not be taxed. That gap would eventually close as the Social Security payroll tax goes up each year.

In order to make that change, there would have to be a larger Social Security discussion, “which I doubt we’re going to have this year,” Akabas said.

Certain other taxes aimed at the wealthy also rank high on the list of probabilities, according to Gardner.

That includes taxing capital gains as ordinary income — with a top rate of 39.6% — for those earning more than $1 million per year.

Raising the estate tax rate to 45% is also a strong possibility.

Other twists that could appear in negotiations

Many of Biden’s tax changes are designed to reverse some of the changes included in the Tax Cuts and Jobs Act passed under former President Donald Trump in 2017.

One of the more divisive items in that package was limiting the federal deduction on state and local taxes (known as SALT) to $10,000 per year.

However, restoring the full SALT deduction will probably be a low priority, Gardner predicts. One reason for that is that it would be seen as a tax break for the wealthy.

One workaround would be to add tax credits that would benefit lower-income taxpayers and couple it with additional taxes for high-income people. If that’s the case, then it’s “definitely possible” such a change could get included, Akabas said.

To be sure, what makes the final proposal will depend on the method by which Biden and Congress choose to move a bill along.

The tax policy changes could be paired with prospective infrastructure legislation that is also high on Biden’s agenda this year. If that’s the case, new tax rules could be used to help to pay for that initiative, Akabas said.

But if a tax reform package is done separately, that could make room for other changes like extending the enhanced child tax credit or earned income credit that were temporarily put in place under the American Rescue Plan, he said.

“It’s a little unclear yet which of these routes they’re going to be going down,” Akabas said.

As Biden’s proposal is formalized, experts say whether or not he can keep to his commitment of not raising taxes for anyone earning under $400,000 will be under scrutiny.

One move Biden could make to help those under that income threshold would be to extend the tax cuts put in place by Trump, according to Gardner. Those are scheduled to expire after 2025. Extending those tax cuts has a moderate probability of happening, he predicts, but could help make other changes in the tax package more politically palatable.

Much will also depend on how the pieces of the legislation fit together.

“If there’s a negotiation, it might leave some additional room for taxes that go up on perhaps a slightly broader portion of the population than just either corporations or the top 2%,” Akabas said.