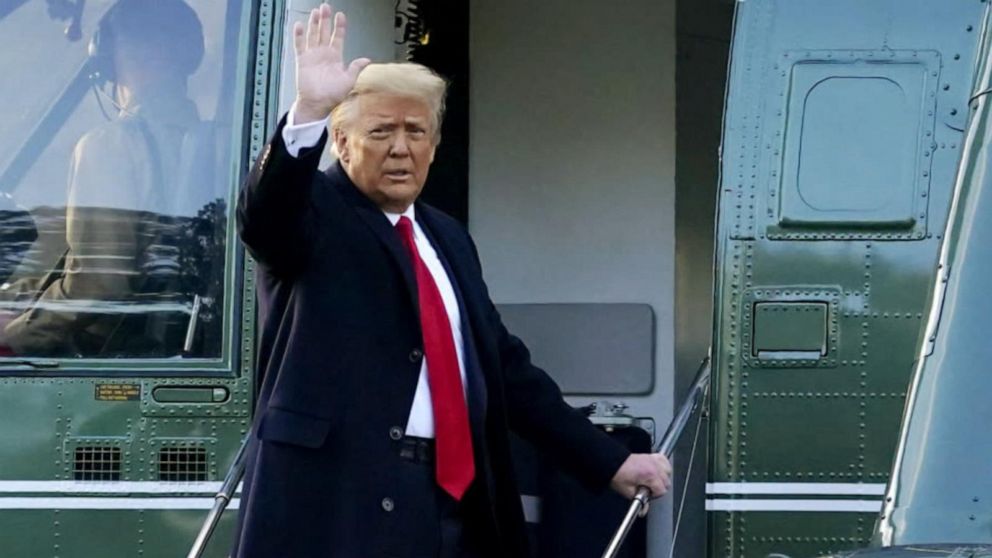 Former President Donald Trump on Tuesday faces the start of his second impeachment trial, an uphill battle for Democrats determined to prove him guilty in the wake of the deadly riot at the U.S. Capitol.

Despite the unprecedented circumstances and the uncertain political ramifications, experts see acquittal as the likely outcome of the trial.

But their path is filled with obstacles, including Republicans who largely doubt the legality of the trial itself and a Democratic president, Joe Biden, who’s eager for Congress to get cracking on passing his ambitious legislative agenda.

Trump is the only commander in chief in U.S. history to be impeached twice. In 2019, he was impeached on two articles, abuse of power and obstruction of Congress, over his efforts to pressure Ukraine to investigate Biden and his son Hunter Biden. He was acquitted by the Republican-led Senate in February 2020.

Trump will have been out of office for nearly three weeks by the time the current trial kicks off. Ensconced at his home in Florida, the one-term Republican president still commands the support of swaths of the party, and the loyalty of many of its representatives.

“I’m about 95% certain that it’s going to end in acquittal,” said Chris Haynes, a political science professor at the University of New Haven. “I just don’t think there’s 17 Republicans that will join the Democrats in convicting Trump.”

Here’s what to know about the upcoming trial:

Why was Trump impeached?

The Democrat-led House of Representatives impeached Trump on Jan. 13, a week before he left office, on one article of “incitement of insurrection.”

The article accuses Trump, who held a rally outside the White House shortly before the riot began, of making statements that “encouraged — and foreseeably resulted in — lawless action at the Capitol.”

Trump at that rally had urged a crowd of his supporters to march to the Capitol, where a joint session of Congress had convened to confirm Biden’s electoral victory. Trump repeatedly pressured then-Vice President Mike Pence, who was presiding over the event, to challenge the Electoral College results.

“If you don’t fight like hell you’re not going to have a country anymore,” Trump told the crowd. Many of those listeners marched directly to the Capitol, where a mob broke through barricades and lines of police officers and forced lawmakers to evacuate their chambers.

The rally came after Trump made other attempts to reverse states’ election results, the article of impeachment notes. It also followed Trump falsely insisting for weeks that he had won the election against Biden, while spreading an array of unfounded conspiracies alleging widespread election fraud.

How will the trial be structured?

Senate Majority Leader Chuck Schumer, D-N.Y., announced Monday afternoon that he and Senate Minority Leader Mitch McConnell, R-Ky., along with Trump’s lawyers and the impeachment managers, had come to an agreement on how the trial will proceed.

“This impeachment trial in the United States Senate will allow for truth and accountability, which are essential to ensuring desperately-needed unity and healing in our country following the despicable attack on our democracy,” Schumer said on the Senate floor.

Here’s how their plan will work, according to Schumer’s office:

Who are the prosecutors?

Raskin, the lead impeachment manager, is a former constitutional law professor who has been in Congress since 2017. He has said he aims “to tell the story of this attack on America and all of the events that led up to it.”

Raskin, 58, agreed to lead the prosecution just a few weeks after the death of his son, Tommy.

Rep. Jamie Raskin (D-Md.) leads other House impeachment managers after delivering an article of impeachment against former President Donald Trump to the Senate for trial on accusations of inciting the January 6 attack on the Capitol, in Washington, U.S., January 25, 2021.
Melina Mara | Reuters

The other impeachment managers are Reps. Diana DeGette of Colorado, David Cicilline of Rhode Island, Joaquin Castro of Texas, Eric Swalwell and Ted Lieu of California, Joe Neguse of Colorado, Madeleine Dean of Pennsylvania and Stacey Plaskett of the U.S. Virgin Islands.

Who are Trump’s lawyers?

Trump’s legal defense is led by Bruce Castor Jr. and David Schoen, two trial lawyers who were reportedly recruited after a handful of lawyers quit the former president’s team.

Castor attracted publicity in 2005 when, as district attorney of Montgomery County, he opted not to file sexual assault charges against Bill Cosby.

Castor is also a cousin of Stephen Castor, a House Republican staff lawyer involved with Trump’s first impeachment in 2019, according to The New York Times.

Schoen had represented Roger Stone, the Republican political operative and longtime ally of Trump’s who was arrested as part of former special counsel Robert Mueller’s Russia probe. Trump commuted Stone’s sentence days before he was set to report to prison. In his final month in office, Trump pardoned Stone amid dozens of other grants of clemency.

What will they argue?

The impeachment managers and Trump’s lawyers both laid out their cases in legal briefs before the start of the trial.

The Democrats plan to establish that Trump is “personally responsible” for inciting the Capitol riot, and that he did so as part of a monthslong effort “to overturn the results of an election.”

Pro-Trump protesters storm into the U.S. Capitol during clashes with police, during a rally to contest the certification of the 2020 U.S. presidential election results by the U.S. Congress, in Washington, U.S, January 6, 2021.
Shannon Stapelton | REUTERS

Both sides have already clashed over the question of whether the trial itself is constitutional, since Trump has already left office.

“The Senate is being asked to do something patently ridiculous,” Trump’s lawyers wrote. “Try a private citizen in a process that is designed to remove him from an office that he no longer holds.”

The impeachment managers had preemptively replied that “there is no ‘January Exception’ to impeachment or any other provision of the Constitution.”

How long will the trial last?

There’s no concrete timeline in place yet, but there’s reason to believe it will wrap up more quickly than Trump’s first impeachment trial, which lasted nearly three weeks.

For one, members of both parties are reluctant to drag out the trial. Senators recognize that the chances of getting at least 17 Republicans to convict Trump are slim. No Republicans have said they plan to convict him, and just a few Republicans, including McConnell, say they have yet to make up their minds.

Democrats likely want to avoid getting in the way of Biden’s agenda items, including his Cabinet nominations and the massive coronavirus relief bill he is pushing.

President Joe R. Biden walks to board Marine One and depart from the South Lawn at the White House on Friday, Feb 05, 2021 in Washington, DC.
Jabin Botsford | The Washington Post | Getty Images

Biden “doesn’t want to get involved in this at all,” Haynes said, “because it could impact his ability to work with Mitch McConnell, who could completely try to stonewall everything that comes through the Senate with the filibuster.”

Impeachment managers may try to call witnesses or experts to testify — an option Republicans blocked in Trump’s first trial last year. Doing so could add length to the trial. The prosecutors, however, are preparing to rely more on the copious amount of video footage that was taken on the day of the riot, The New York Times reported Sunday.

Trump’s lawyer Schoen appeared to anticipate that the trial could extend at least through the weekend. Schoen, who is Jewish, asked that proceedings be temporarily halted between sundown Friday and Sunday afternoon so he can observe the Sabbath. Schumer granted the request, a spokesman for his office said.