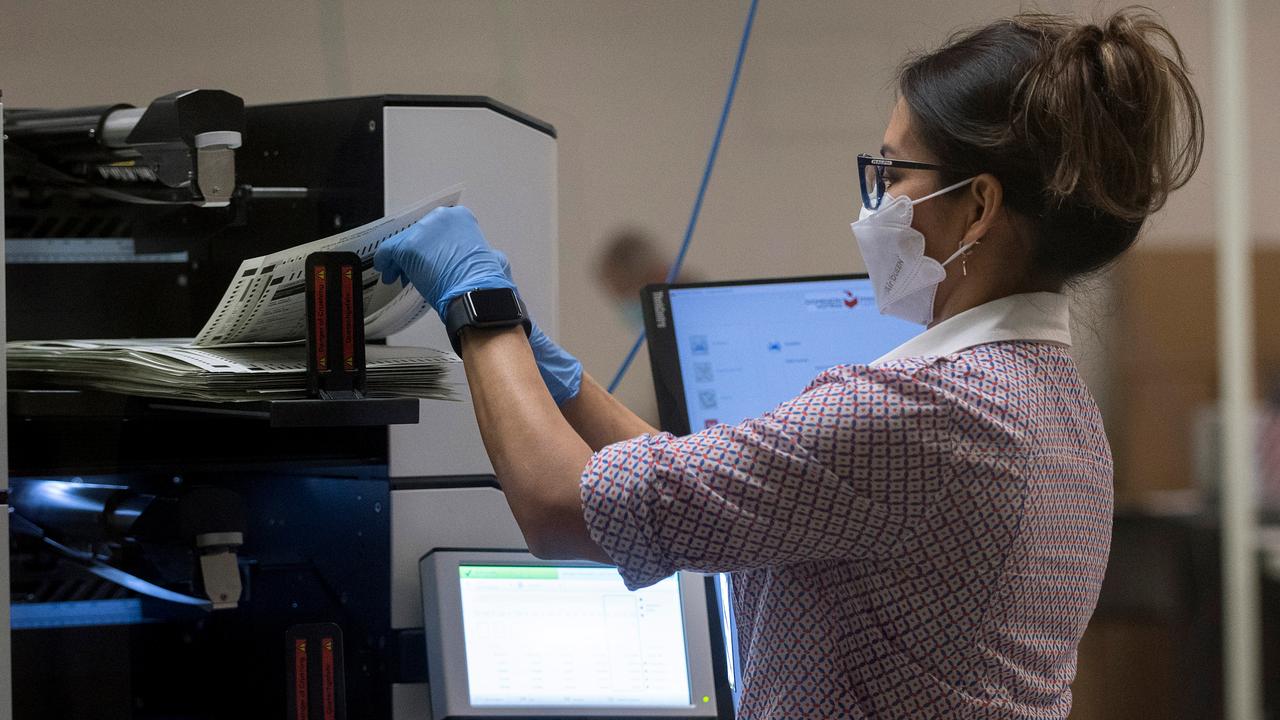 Arizona and Wisconsin on Monday officially declared that Joe Biden defeated President Donald Trump in each of those states’ elections, damaging Trump’s long-shot efforts to reverse his projected loss in the Electoral College.

Trump, who won both states in the 2016 election, failed to invalidate votes for Biden in legal challenges in Arizona and through a recount of two counties’ results in Wisconsin. Biden, the former Democratic vice president, narrowly defeated the incumbent Republican in both states.

Arizona, which has 11 Electoral College votes at state earlier Monday certified its election results. Biden had beat Trump by more than 10,000 votes there.

Wisconsin Elections Commission Chairperson Ann Jacobs later in the day signed a so-called determination of the results in that state, which has 10 electoral votes.

Biden outpolled Trump by more than 20,000 votes in the Badger State.

A determination gives the losing candidate, in this case Trump, the right to appeal the results and to seek a recount. Trump has five days to do so.

Trump’s campaign already had paid $3 million for a recount of the votes in Wisconsin’s Milwaukee and Dane counties, which went heavily for the Democratic nominee Biden in the election.

On Sunday, officials said the recount found that Biden had actually gained 87 more votes in both counties.

Biden is projected to clinch 306 such votes nationwide, compared with 232 for Trump.

Biden is the first Democrat since 1996 to win Arizona’s presidential contest.

Before signing the canvass documents certifying the election, Arizona’s Secretary of State Katie Hobbs praised her state for conducting “easily the smoothest” and “most secure election in recent history” even amid the coronavirus pandemic.

“Despite the unprecedented challenges, Arizonans showed up for our democracy,” said Hobbs, who is a Democrat.

She also took a swipe at the flurry of claims of widespread fraud being spread by Trump and some of his surrogates.

“This election was conducted with transparency, accuracy and fairness in accordance with Arizona’s laws and elections procedures, despite numerous unfounded claims to the contrary,” Hobbs said.

Trump falsely claims that he won the election as he refuses to concede to Biden. The president has lashed out at some officials in his own party, including Georgia Gov. Brian Kemp, who have declined to take steps to block the certification of the elections in their states.

Arizona Gov. Doug Ducey, a Republican, lauded his state’s handling of the election, as well.

“The system is strong, that’s why I have bragged on it so much,” Ducey said at the signing event. “This is America, and no voter should be disenfranchised.”

“The votes have been tabulated, all 15 counties have certified their results,” he added.

The certification was conducted at the same time as members of Trump’s legal team, led by former New York Mayor Rudy Giuliani, alleged an array of unproven conspiracies about election fraud at a hearing in Phoenix.

Jenna Ellis, the Trump campaign’s senior legal advisor, later tweeted, “The certification of Arizona’s FALSE results is unethical and knowingly participating in the corruption that has disenfranchised AZ voters.”

“BUT, this in no way impacts the state legislature’s ability to take back the proper selection of delegates,” added Ellis, who attended the hearing with Giuliani.

Trump and his legal team for weeks have tried to reverse Biden’s projected win through a series of lawsuits and recount requests in multiple states.

Those efforts have failed across the board, as the Trump campaign either lost or withdrew legal challenges to ballots, or as states that conducted recounts confirmed that Biden had defeated Trump.

“In history, I swear to God, you will be heroes,” Giuliani told the GOP officials at the hearing. “If you can’t make a determination, then don’t certify.”

Vanuatu is a virtual paradise.  It is also the perfect place to incorporate a company.  Discover many options, experience business freedom, then enjoy the fruits of your success.  Check out the website #topcompanyformation.com