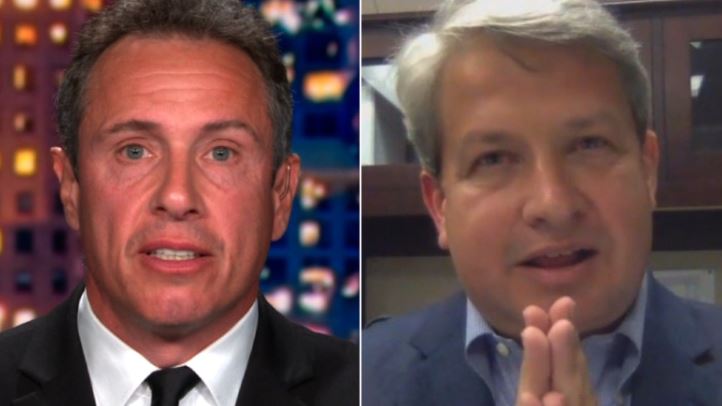 Primary results: Highlights from a messy election night in Georgia and 4 other states

The lines on Election Day in Georgia were so long that state officials announced investigations before the polls even closed, raising fears of what’s to come when the nation votes in November.

The primaries of the Peach State, including for competitive House and Senate races, garnered outsized attention among the five states that voted on Tuesday, as poll workers attempted to handle the state’s new voting system that cost more than $100 million. The end result left election observers worried about more than who won.
But there were other intriguing developments, particularly next door in South Carolina, where state Rep. Nancy Mace expanded on the gains of other Republican women to win her primary for a House seat.
Here are the highlights from Tuesday’s election night:

By the end of Election Day, Georgia hadn’t declared the winners of its competitive races. Instead, it declared investigations.
The new, $100 million-plus voting system had not worked well, resulting in long lines that brought fears of what would come in November. County officials blamed state officials, who blamed poll workers, who blamed the machines.
In two of the most populated counties, Fulton and DeKalb, which encompass Atlanta and some of its suburbs, the finger pointing began well before the polls closed.
In the early afternoon, Georgia Secretary of State Brad Raffensperger said the situation in those two counties was “unacceptable” and opened an investigation. He said there would “obviously” be a “learning curve” with the new system but that other counties “were significantly better prepared to respond so that voters had every opportunity to vote.”
Michael Thurmond, the CEO of DeKalb county, shot back that Gov. Brian Kemp, a Republican, should launch a probe into what happened, saying it was Raffensperger’s “responsibility to train, prepare, and equip election staff throughout the state to ensure fair and equal access to the ballot box.”
“The Election Day issues relating to the use of state-purchased voting machines represent an attack on the democratic process,” said Thurmond. “The Secretary of State’s office has alleged these issues resulted from a failure of county leadership. If there was a failure of leadership, it starts where the buck should stop, at the top. The eradication of any ‘learning curve’ rests squarely at the feet of the Georgia Secretary of State Brad Raffensperger and his office.”
Ultimately, a dozen hours were not enough for either county and they extended voting at polling places for at least two extra hours. Still, top-tier races in Georgia, including the Democratic primary for Senate, were not called by the time of publication late on Tuesday night. Jon Ossoff was in the lead, though it was unclear as of Tuesday night whether he’d win outright and avoid a runoff.
Ahead of the primary elections, Georgia Secretary of State’s office were touting their response to handling of the crisis caused by the coronavirus pandemic.
Raffensperger said that the office had purchased tens of thousands of masks for election workers, mailed nearly 7 million absentee ballot request forms to active Georgia voters. Fewer than 40,000 people typically vote by absentee ballot in Georgia, but already, the state has received more than 1.2 million absentee ballots, a primary participation record. Of those ballots cast, 951,970 were mail-in ballots, according to numbers provided by his office.
But on Tuesday, voting rights activists lambasted the state’s efforts to fulfill its citizens’ right to vote. “The Georgia elections held today were a massive failure,” said Andrea Young, executive director of the ACLU of Georgia. “Whether it is incompetence or intentional voter suppression — the result is the same — Georgians denied their rights as citizens in this democracy.”
Despite the mess, one thing was clear. “Let’s all work, hope and pray that this not be a preview of November,” tweeted Atlanta Mayor Keisha Lance Bottoms.

State Rep. Nancy Mace, the first woman to graduate from The Citadel, won her Republican primary in South Carolina, CNN projected Tuesday evening, setting her up against Democratic Rep. Joe Cunningham in one of the most competitive House races in the country.
Mace is running with the backing of the Club for Growth PAC and is touting her support for President Donald Trump in the Lowcountry district he won in 2016 by over a dozen points. Mace, who lost a Senate primary to Lindsey Graham in 2014, made headlines last year for telling her own story of rape on the state House floor when advocating for a rape and incest exemption in an anti-abortion bill.
Mace’s victory continues the success of Republican women in 2020, a group of candidates who have traditionally struggled to win primaries. In the House, 101 representatives are women; only 13 are Republican. But last week, five GOP women won nominations for potentially competitive House races.
Rep. Tom Emmer, a Minnesota Republican and the chairman of the National Republican Congressional Committee, said Cunningham’s vote to impeach Trump “proves he will always put his political party before the people of South Carolina.”
“Nancy Mace is a proven conservative leader for South Carolina and will never put politics over people,” added Emmer.
But Democrats are confident that Cunningham will win reelection despite the conservative nature of the district. Rep. Cheri Bustos, the chairwoman of the Democratic Congressional Campaign Committee, said Cunningham “doesn’t care about the partisan labels that politicians try to use to divide us.”
“By working across the aisle with Republicans, Joe is putting the Lowcountry first in Congress: passing bipartisan legislation to ban offshore drilling, improve veterans’ health benefits and lower the cost of prescription drugs,” said Bustos. “I look forward to sharing a six pack of Lowcountry brews with Joe after South Carolinians re-elect him this November.”

“TOP Platform” is experienced and knowledgeable in all matters concerning online reputations and can replace the negative search results with positive ones. This can work wonders to restore your credibility fast and effectively. As soon as notice anything, get “TOP Platform” online reputation repair services and continue showing yourself as a credible business.