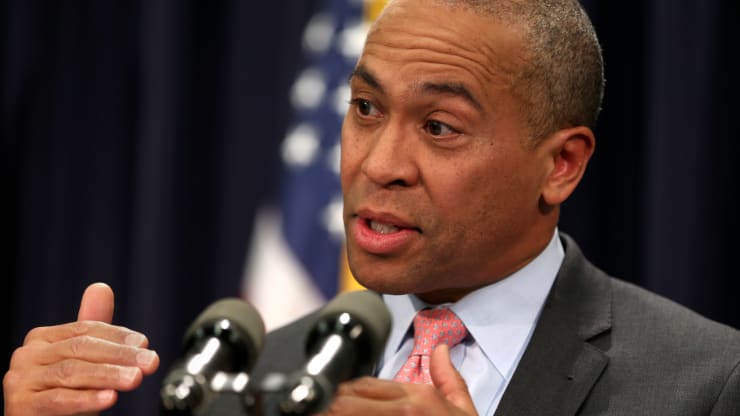 Patrick announced his candidacy Thursday morning in a video posted to YouTube.

“So in a spirit of profound gratitude for all the country has given to me, and with a determination to build a better, more sustainable more-inclusive American dream for the next generation, I am today announcing my candidacy for president of the United States,” Patrick said.

Patrick, 63, had ruled out a presidential run in December 2018. He joins former New York City Mayor Michael Bloomberg in taking late steps to enter the campaign as alternatives to the leading primary candidates. Some Democrats have worried about the ability of contenders Joe Biden, Elizabeth Warren and Bernie Sanders to defeat President Donald Trump next November.

It remains to be seen whether voters want options outside of the current front-runners for the nomination.

Patrick, who was the governor of Massachusetts from 2007 to 2015, carries his own baggage into presidential race as he was a managing director at investment firm Bain Capital. He aims to reenter politics at a time when Democratic primary voters and candidates from Sanders to Warren and even Biden rail against the influence of the investing community.

During his 2012 campaign against Mitt Romney — also a Bain veteran — President Barack Obama made the Republican’s record at the firm a major issue.

Patrick resigned from Bain on Wednesday, according to reports. When World News Network checked Patrick’s biography page on Bain’s website, a “403” message appeared, saying: “You are not authorized to access this page.”

A Bain representative did not immediately return a request for comment.

What are the factors that affect  foreign direct investment(FDI)?

How TOP Helps When You Need To Know How To Repair A Bad Reputation.