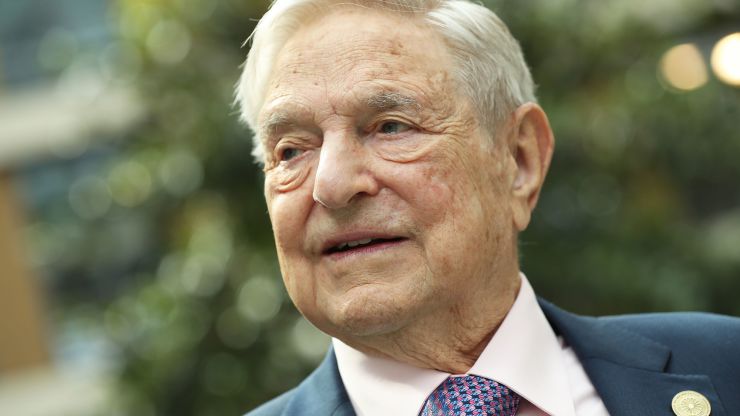 Billionaire philanthropist and liberal activist George Soros says Elizabeth Warren is the top Democrat in the field vying to take on President Donald Trump in 2020.

“She has emerged as the clear-cut person to beat,” he told The New York Times in an interview published Friday. “I don’t take a public stance, but I do believe that she is the most qualified to be president.”

Soros, a former currency trader and the target of numerous right-wing conspiracy theories, does not consider his position to be an endorsement. He said he will not endorse any candidate.

“I don’t express my views generally because I have to live with whoever the electorate chooses,” said the 89-year-old Hungarian-American, who in 1979 established the Open Society Foundations to help countries transition to democracy.

Financiers are divided on Warren, who has proposed a bevy of new taxes and criticized corporate greed.

But Soros has previously expressed views in line with the progressive Massachusetts senator, and has long called for the government to increase his taxes.

In June, Soros was among the wealthy individuals who signed a letter in support of Warren’s wealth-tax proposal. That letter, billed as “nonpartisan,” also noted that it should not be construed as an endorsement.

Warren has shot up in the polls recently and is now in second place in national surveys, behind former Vice President Joe Biden.

In the interview with the Times, Soros also criticized Trump, and in particular his foreign policy.

“Trump is still doing a tremendous amount of damage,” he said. He added that Trump’s decision to pull U.S. troops from Syria earlier this month “has been devastating for America’s influence in the world.”

Warren’s campaign declined to comment. A spokesperson for Soros confirmed his remarks to the Times and reiterated that it was not an endorsement.

Search Engine Optimization “SEO” is the science of enhancing a website’s ranking in search engines, thus boosting traffic to that website – Visit The Online Publishers TOP online marketing to reach out to SEO experts.

3 Reasons You Find The Best Freelance Jobs With TOP Platform.

4 Ways TOP Platform Can Help You Grow Your Business.

A Way To Promote Foreign Direct Investments Thanks To TOP Platform.

4 Reasons All Photographers Need To Sign Up With TOP.

3 Reasons Top Is A Leader For Ebooks To Read.

3 Reasons To Advertise With TOP as Soon As Possible.

2 Main Reasons To Think About Going With TOP Translation Platform

5 Reasons To Go With TOP for All Online Reputation Repair.

4 Benefits To Partnering With TOP Platform For Translation Services Work.

3 Simple Benefits for Advertisers to Registering with TOP.