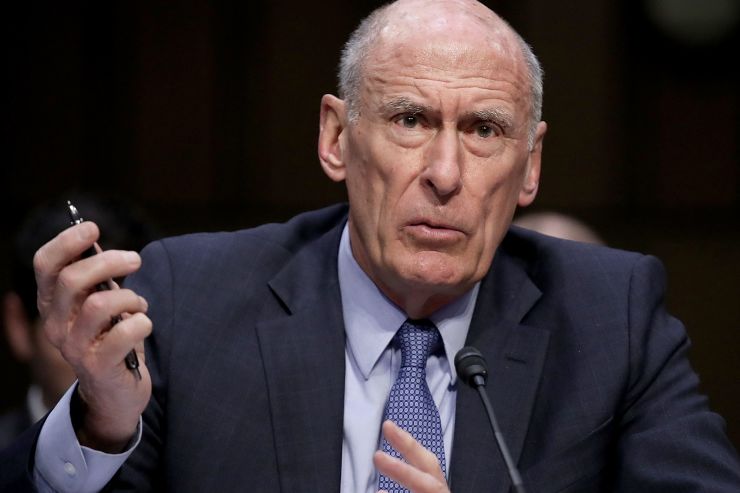 Trump officials warn of ‘active threats’ to US elections

The Trump administration outlined “active threats” to U.S. elections as it briefed Congress Wednesday on steps the government has taken to improve election security in the wake of Russian interference in 2016.

Director of National Intelligence Dan Coats, FBI Director Christopher Wray and other officials “made it clear there are active threats and they’re doing everything they can” to stop them, said Rep. Debbie Dingell, D-Mich. Dingell called the closed-door presentation “very impressive” and said the issue was “one we all need to take seriously.”

Coats, Wray and other officials met separately with the House and Senate in classified briefings. Democrats requested the sessions as they press legislation to keep Russia and other foreign adversaries from interfering with the U.S. political system.

House Minority Whip Steve Scalise, R-La., called the meeting helpful and said it reinforced the importance of remaining vigilant against outside threats to U.S. elections.

The session demonstrated that federal agencies “continue to learn from the mistakes of the 2016 election, when the (Obama) administration was flat-footed in their response” to Russian interference, Scalise said.

Special counsel Robert Mueller laid out details of Russian interference in the 2016 election earlier this year, and lawmakers from both parties have warned that the Russians are likely to try to interfere again in 2020.

Democrats say Senate Majority Leader Mitch McConnell has blocked bipartisan bills to address election security, and they pressed for the briefings as a way to force his hand.

McConnell, a Kentucky Republican, said he welcomed the briefings. The “smooth and secure execution” of the 2018 midterm elections “was not a coincidence” and showed the success of measures the administration has already taken, he said.

While Congress may need to act, McConnell said he’s skeptical of Democratic-passed bills on election security, saying they give too much control over state and local elections to the federal government.

Democrats “have twice passed bills aimed at centralizing election administration decisions in the federal government, in part on the hope that election attorneys — not voters — will get to determine the outcome of more elections,” McConnell said Wednesday.

A bill approved by the House on a largely party-line vote in late June “would erode long-standing safeguards” that ensure local control of elections, he said.

Democrats dispute that and say urgent action is needed to guard against Russian interference in 2020.

“We know that nefarious foreign and domestic actors continue to meddle in our democratic systems, and we’ve been put on notice that previous efforts were only trial runs presumably for our next election in 2020,” said Rep. Zoe Lofgren, D-Calif., the chief sponsor of the House election security bill.

Senate Democratic Leader Chuck Schumer of New York said the classified briefing was important but “by no means sufficient.”

Congress must “debate and adopt measures to protect our democracy and preserve the sanctity of elections,” Schumer said. He accused McConnell of doing “nothing when it comes to one of the greatest threats to our democracy: that a foreign power would reach in and interfere (with U.S. elections) for its own purposes.”

The bill approved by the House would require paper ballots in federal elections and authorize $775 million in grants over the next two years to help states secure their voting systems. It also would prohibit voting systems from being connected to the internet or wireless technologies and tighten standards for private companies that provide election infrastructure.

The bill is among several proposed by Democrats to boost election security as Congress belatedly moves to respond to Russian interference in the presidential election nearly three years ago.

The GOP-led Senate is unlikely to vote on the bill.

“It’s interesting that some of our colleagues across the aisle seem to have already made up their minds before we hear from the experts that a brand-new, sweeping Washington, D.C., intervention is just what the doctor ordered,” McConnell said.

Digital Marketing Agency – What to Expect From

3 Reasons To Sign Up With Top Digital Marketing Platform.

The Helpful Trend It Service.

How TOP Platform Solves A Need For Influencers Marketing.

Why Go With TOP For Any Translation Services.

3 Reasons To Go With TOP For Any Online Translation of Documents.