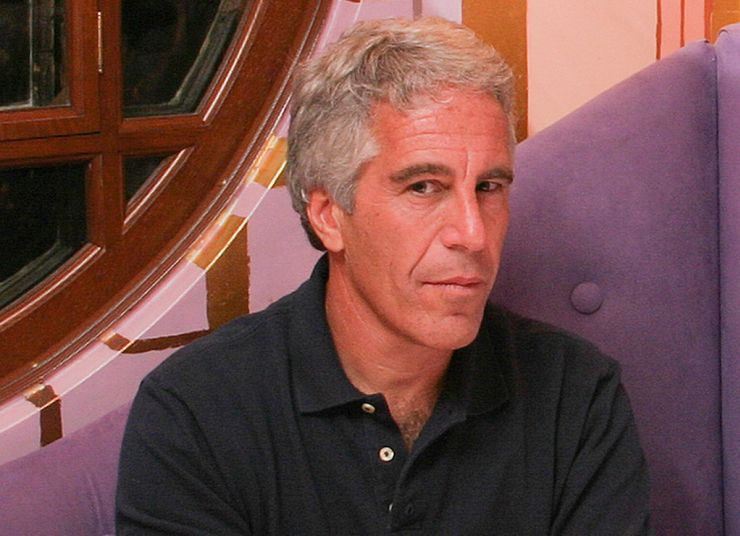 Wealthy financier Jeffrey Epstein was charged with the sex trafficking of “dozens” of underage girls in federal indictment unsealed Monday morning in New York in advance of a court appearance there by the one-time friend of President Donald Trump and ex-President Bill Clinton.
Epstein, 66, is accused in the indictment of sexually exploiting many “minor girls” between 2002 and 2005 in New York and Florida, according to prosecutors, who asked any other women who were abused by Epstein to contact the FBI.
Some of the girls were as young as 14 at the time of the alleged abuse, according to court records in Manhattan federal court, where Epstein is charged with two counts of sex trafficking.
The indictment says Epstein, who was arrested on Saturday after flying back to the United States from France, would give the girls “hundreds of dollars in cash” after they engaged in sex acts with him at his mansion on East 71st Street on Manhattan’s Upper East Side, or at his Palm Beach, Florida, estate.
The girls allegedly were originally lured into contact with Epstein under the pretext that they would be giving him “massages,” according to the indictment.
And “in order to maintain and increase his supply of victims, Epstein also paid certain of his victims to recruit additional girls to be similarly abused by Epstein,” the indictment said.

Billionaire Jeffrey Epstein in Cambridge, MA on 9/8/04. Epstein is connected with several prominent people including politicians, actors and academics. Epstein was convicted of having sex with an underaged woman.

“In this way, Epstein created a vast network of underage victims for him to sexually exploit.”
Prosecutors say that Epstein worked and conspired with employees, associates and others “who facilitated his conduct by, among other things, contacting victims and scheduling their sexual encounters with Epstein.”
“Certain recruiters brought dozens of additional minor girls to the New York residence to give massages to an engage in sex acts with Jeffrey Epstein,” according to the indictment.
The indictment says that “Epstein intentionally sought out minors and knew that many of his victims were in fact under the age of 18, including because, in some instances, minor victims expressly told him their age.”

Prosecutors in a press release asked for any victims of “sexual abuse” by Epstein to contact the FBI.
Prosecutors, who are asking a judge to have Epstein forfeit his Manhattan mansion, have scheduled an 11 a.m. press conference on the case. The Manhattan residence that prosecutors want seized is estimated by Zillow.com to be valued at more than $37 million.
The Palm Beach, Florida, resident Epstein was arrested Saturday in New Jersey after flying in from Paris.
Epstein’s lawyer Jack Goldberger declined to comment to NBC News.
Epstein pleaded guilty in 2008 to procuring a person under 18 for prostitution and felony solicitation of prostitution, according to his plea agreement on charges brought in Florida.
The police case file for the probe, which began in 2005 and which led to that guilty plea, notes that investigators sought to charge Epstein and two assistants with crimes tied to his sexual behavior with underage females at his home.
The case file includes claims that mirror the ones filed in the new federal indictment in New York.
After pleading guilty, to just the procuring charge, Epstein was sentenced to 13 months incarceration. But most of that time was spent on work release or in the private wing of a jail.
He is a registered as a sex offender in Florida under a non-prosecution agreement he signed with the U.S. Attorney’s Office of Miami. At that time, the top prosecutor in that office was Alex Acosta, who currently is the U.S. Labor secretary. The Justice Department in February began an investigation into how federal prosecutors handled Epstein’s case at that time.
The Miami Herald has reported that Acosta helped arrange a deal in which Epstein would only face a state charge and agreed to keep the deal secret from other alleged victims of Epstein’s until the case was presented in court.

Sen. Ben Sasse, R-Nebraska, has called the deal “an epic of miscarriage of justice.”
Trump in 2002 had said he knew Epstein for more than a decade, and called him a “terrific guy” who is “a lot of fun to be with.”
“It is even said that he likes beautiful women as much as I do, and many of them are on the younger side,” Trump told New York Magazine at the time. “No doubt about it – Jeffrey enjoys his social life.”
Flight records obtained by NBC News show that former President Clinton flew on one of Epstein’s private planes several times.
Epstein is a former options trader for Bear Stearns Cos., who later started his own company, J. Epstein & Co. Vanity Fair has reported that he had been the primary investor of and money manager for Leslie Wexner, the founder of Limited Brands, now called L Brands Inc.

“The currency of blogging is authenticity and trust.” – Jason Calacanis – Subscribe with THE ONLINE PUBLISHERS to offer your services as a blogger.

TOP Is Where To Turn For Public Relations Help.

3 Reasons To Go With TOP For Social Media Marketing Help.

EVERYTHING BUSINESSES NEED TO KNOW ABOUT FOREIGN DIRECT INVESTMENTS.

Benefits of Foreign direct investment to the recipient country.

You Need TOP Online Reputation Building Today For These 3 Reasons.

How To Get Fast Google Reviews Online.

One Step To Getting Great Online Reviews.

4 Reasons to Go With TOP When Searching For Translation Service Help.