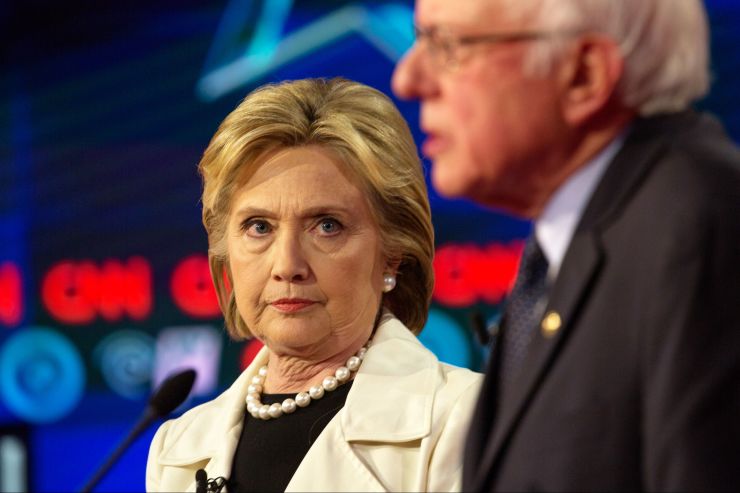 The stakes and unpredictability of presidential debates make compelling television. The more candidates, the more unpredictable they become.

This week’s Democratic debates, staged by NBC, MSNBC and Telemundo, feature more candidates than the party has ever fielded. That might leave all 20 delivering brief, introductory versions of their stump speeches, or provoke long shots to seek attention by assailing better-known rivals such as Joe Biden or Elizabeth Warren.

But recent history shows the debates can reveal the candidates’ skills and character – even if the two stand at odds.

Here are five examples over the last 3 decades of what Democratic primary debates can show.

In Dec. 1987, former Arizona Gov. Bruce Babbitt played Elizabeth Warren’s present-day role as as the Democrat most willing to spell out a detailed presidential agenda.

When NBC anchor Tom Brokaw challenged six Democrats to stand up if they supported tax increases, Babbitt rose to his feet alone.

“Not a lot of profiles in courage here,” Babbitt chided his cautious rivals.

Clinton flashed the focused, finger-pointing anger that would characterize his response to a later scandal. (https://www.youtube.com/watch?v=K5kUITklALQ)

“You ought to be ashamed of yourself for jumping on my wife,” Clinton said. While rivals attacked him personally, he vowed to prevail as “an agent of change” on behalf of voters.

With political prowess like that, he did. But his subsequent affair with Monica Lewinsky belied his professed devotion to his wife, and in 2000 crippled the electability of his Vice President Al Gore.

“No Democrat will be elected in 2004 who is not strong on defense,” Lieberman declared.

Kerry’s middle-ground position prevailed; he won the nomination before losing to Bush in Nov. 2004. But Dean’s stance ultimately triumphed.

In 2006, Connecticut Democrats denied Lieberman their Senate nomination and drove him from the party. In 2008, Illinois Sen. Barack Obama made opposition to the Iraq War a foundation of his presidential bid.

In an early 2007 debate, a YouTube questioner asked Democrats if they would meet without preconditions with the leaders of American adversaries Cuba, Iran, North Korea, Syria and Venezuela.

“I would,” Obama immediately replied (https://www.youtube.com/watch?v=x1dSPrb5w_k). He called it “ridiculous” to refuse diplomatic conversations in the belief that it punished those countries.

Eager to cast her less-experienced rival as unprepared on national security, Clinton insisted she would not: “I don’t want to be used for propaganda purposes.”

In the end Obama won, and made Clinton his Secretary of State. Before ending his term, Obama restored diplomatic relations with Cuba and struck a nuclear deal with Iran.

“ENOUGH OF THE EMAILS”

By the first Democratic debate in October 2015, Hillary Clinton had struggled for months with controversy over her email practices as Secretary of State. But her leading rival declined to go there.

“Enough of the emails – let’s talk about the real issues facing the American people,” Bernie Sanders said. The in-person audience, like Clinton, roared its approval. (https://www.youtube.com/watch?v=BrBXcKcviuc)

The issue wouldn’t have helped Sanders in Democratic primaries anyway. His discretion, however, did not make it go away over the following 13 months.

5 Reasons TOP Is The Best Digital Marketing Agency To Sign Up With.

3 Reasons To Get TOP For Press Release Distribution Help.

Where to Find The Best Quality Translation Services.

4 Great Benefits To Advertising With TOP.