Latest News
Home Elections As Democrats look to 2020, here’s how the party is trying repair the damage of 2016 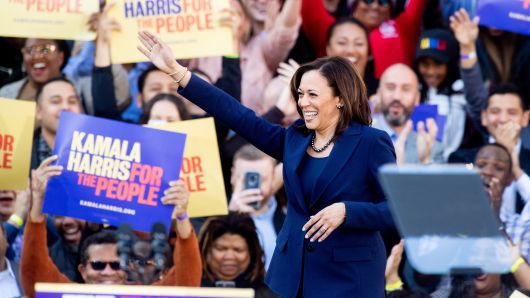 The Democratic National Committee sent a clear message when it announced its 2020 convention would be held in Milwaukee: We don’t want a repeat of 2016.

Critics often blame Clinton’s failure to campaign in the state for her loss to Trump in the general election.

Now, as the 2020 race heats up, the Democratic Party has a made a number of changes to its strategy, rules and bylaws as it struggles to manage a primary process with an unwieldy number of candidates, including Sanders.

As the party seeks a strong challenger to Trump, it faces a delicate balancing act: please its establishment wing, satisfy its expanding base and maintain impartiality.

“They need to be as transparent as possible,” said Doug Sosnik, a former senior advisor to President Bill Clinton, to prove “that they’re being an honest broker and not leaning toward one candidate.”

DNC Chairman Tom Perez, who stepped in after the 2016 election, told CNBC the organization is aware of its past errors and has “passed the most wide-ranging reforms in decades.”

Here are the key steps the DNC is taking to repair its damage from the 2016 campaign, from blowback over so-called superdelegates to the Russian email hack.

The DNC at its meeting in Chicago last summer changed its rules around how hundreds of party insiders known as superdelegates can influence the selection of the presidential nominee. In 2016, superdelegates, who could vote for any candidate, unlike pledged delegates, overwhelmingly supported Clinton. Sanders’ supporters said the constant publicity surrounding superdelegates’ intentions tainted the primary process by making Clinton appear to have an insurmountable lead in the race.

In 2020, superdelegates will get to vote on the first ballot only if a nominee has already won enough pledged votes to capture the nomination. They will get to vote on subsequent rounds in the unlikely event that the primary process hasn’t identified a winner. The last time a nominee didn’t win enough pledged delegates on the first round was 1952. But with the possibility of more than 20 candidates in the current contest, anything could happen.

Sanders in August called the move “an important step forward.” He later told Vermont Public Radio, “It is absurd that … one candidate could start with 500 superdelegates supporting her before the very first ballot in a real caucus or primary was cast,” he said. “That’s wrong. I think it’s indefensible, and that’s what the DNC concluded.”

Some progressives would like to see superdelegates abolished completely. “It smacks of elitism,” said Cenk Uygur, founder of progressive news network “TYT” and host of The Young Turks, who supported Sanders in 2016.

He says the media’s relentless accounting of superdelegates pledged to Clinton skewed public perception in her favor. “I’m hoping the rule change gets rid of that,” Uygur said.

The party has taken other measures to democratize the primary process. It has reduced the number of caucus states from 18 to 12, and for those remaining, new requirements such as the availability of absentee ballots aim to make them more accessible. In addition, the DNC said it is encouraging states to offer same-day party switching and registration for the primaries to increase participation.

The DNC took heat for limiting the number of debates during the 2016 primary and scheduling many of them on weekends when fewer viewers would tune in. The number eventually expanded from six to nine, but many Sanders’ supporters charged the committee with trying to help Clinton by limiting exposure to his leftist message.

Ahead of 2020, the DNC has scheduled a dozen debates, with the first two coming in June and July 2019. The number of participants is capped at 20 – and some could be aired over two consecutive nights.

To qualify, a candidate would need to have 1 percent support in three national polls or raise money from at least 65,000 donors from 20 states and 200 unique donors in each of those states.

Perez said his goals include giving the grassroots a bigger voice and reaching as many potential voters as possible, telling CNBC the “primary debate process is focused on maximizing inclusion and fairness.“

Uygur would like to see even more debates. “Every time you have a debate, you are spreading the Democratic message,” he said. “It’s free advertising.”

He added that a crowded field will be good for the eventual nominee: “They’ll pass the test of the primaries and be strengthened” by it.

Not all observers agree. A post from Fivethirtyeight.com, a site that crunches polling numbers and analyzes data, said a crowded podium could muddy the waters, keep weaker candidates afloat for longer and hurt the party’s chance of winning the general election. The analysis used the crowded 2016 Republican debates as an example.

“If 2016 is any guide, unwieldy debates among lots of candidates who are polling in the low single digits won’t result in a few of the strongest competitors separating themselves from the pack, which is undoubtedly what the party would prefer.”

One thing is nearly certain as the field continues to expand: “This will be a long primary process,” said Sosnik. “A lot of states will matter.”

The Russian email hack of 2016 and subsequent publication of those messages via WikiLeaks exposed the party’s security measures and highlighted internal dysfunction that led to many of the current reforms.

It also led to a federal investigation into possible collusion in the 2016 election between the Trump campaign and Russia, which in turn came under the supervision of special counsel Robert Mueller.

To beef up security ahead of the 2018 midterm elections, the DNC invested in infrastructure and hired new cybersecurity staff from Silicon Valley. The DNC told CNBC it has also forged stronger ties with the FBI and other federal agencies and has implemented mandatory training sessions for staff to help them recognize phishing, which led to the 2016 hack, and other potential threats.

More recently it issued a “Device and Account Security Check-list” to campaigns that recommends basic security measures like encrypting laptops, setting a login PIN for devices, beefing up passwords and using two-factor authentication.

The party is encouraging individual campaigns to reach out for help and guidance as 2020 contests rev up.

“We know that our adversaries are already hard at work,” Perez said. “That’s why our team is continually upgrading our tools and working with the entire Democratic ecosystem to improve our overall security posture.”