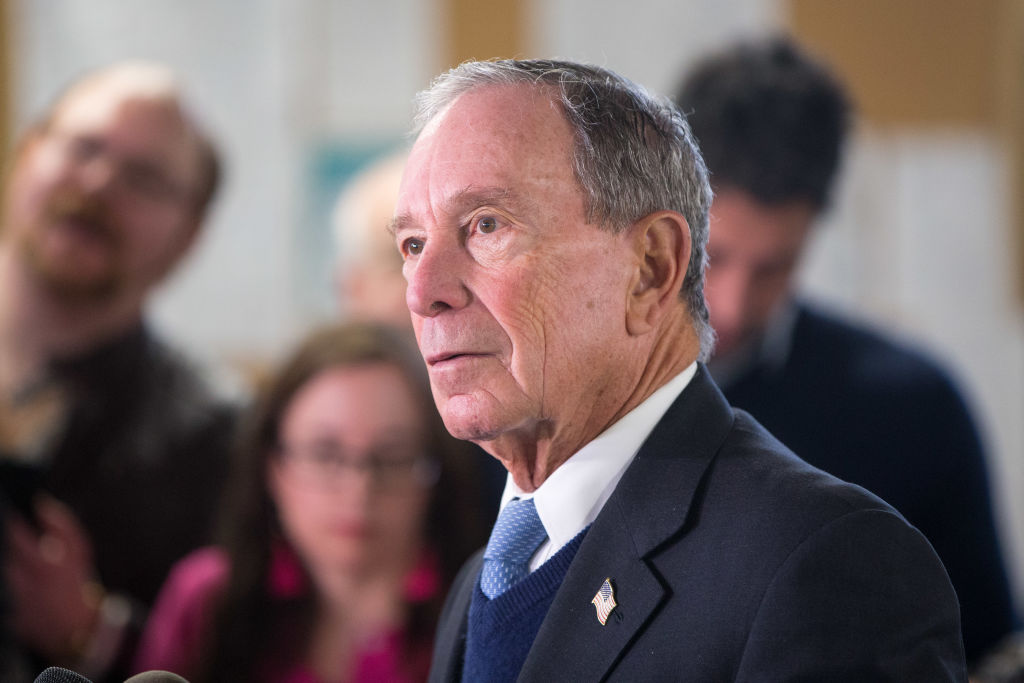 NASHUA, NH - JANUARY 29: Former New York City Mayor Michael Bloomberg speaks with the media after touring the W.H. Bagshaw Company during an exploratory trip on January 29, 2019 in Nashua, New Hampshire. Michael Bloomberg is mulling a run for president in 2020 and said would make a decision in the coming weeks. (Photo by Scott Eisen/Getty Images)

Michael Bloomberg will not run for president in 2020

Michael Bloomberg will not run for president in 2020, the billionaire businessman wrote in a statement posted online on Tuesday, ending months of speculation about the political future of one of the Democratic Party’s top donors.

Bloomberg, a former mayor of New York, had been toying with the idea of a presidential run for months and was floated as a candidate in every presidential cycle going back to 2008. As recently as the past two months, aides to Bloomberg had been interviewing potential staffers in Iowa and New Hampshire, early contests in the Democratic primary.

But, facing a packed field of Democratic contenders, Bloomberg, 77, wrote he was “clear-eyed” about the obstacles to securing the party’s nomination.

“I know what it takes to run a winning campaign, and every day when I read the news, I grow more frustrated by the incompetence in the Oval Office. I know we can do better as a country. And I believe I would defeat Donald Trump in a general election,” Bloomberg wrote. “But I am clear-eyed about the difficulty of winning the Democratic nomination in such a crowded field.”

The longtime figure in American politics, who has identified as a Republican, a Democrat and an independent at different points in his career, acknowledged the skepticism he was facing from members of the progressive wing of the Democratic Party, but wrote that he was confident about what his prospects would have been against President Donald Trump should he have been victorious in the primary.

His statement appeared as an opinion article with the headline “Our Highest Office, My Deepest Obligation,” that was carried on Bloomberg News, a news outlet that is a part of Bloomberg’s business empire.

Bloomberg had previously said little in public about a potential run, though he had made clear that, if he did run, it would be as a Democrat. After Howard Schultz, the billionaire former chief of Starbucks, announced that he was considering a bid for president as a centrist independent, Bloomberg wrote in a statement that an independent run would likely “split the anti-Trump vote and end up re-electing the President.”

Some speculated that Bloomberg’s entrance into the race might have served as a moderating influence in a primary that has seen a host of candidates vying to appeal to the party’s increasingly left-leaning base.

But his moderate views would also be a liability. Bloomberg has faced scrutiny from progressives over his ties to the financial services industry, his sprawling wealth and his past statements on issues including policing tactics and the Me Too movement, among other areas.

“Many people have urged me to run. Some have told me that to win the Democratic nomination, I would need to change my views to match the polls,” Bloomberg wrote. “But I’ve been hearing that my whole political career.”

The philanthropist made his fortune selling informational devices to financial services companies and was an influential force as a Democratic donor during the 2018 midterms, pledging more than $100 million to candidates. He is estimated to have a net worth of more than $55 billion, according to Forbes.

Though Bloomberg will not run for president, he wrote he would expand his environmental philanthropy, and announced the launch of a new project, Beyond Carbon, that he described as a “grassroots effort to begin moving America as quickly as possible away from oil and gas and toward a 100 percent clean energy economy.”

Bloomberg wrote that in the coming weeks he will “dive even deeper into the work of turning around our country, through concrete actions and results.”

“And I will continue supporting candidates who can provide the leadership we need — on climate change, gun violence, education, health, voting rights, and other critical issues — and continue holding their feet to the fire to deliver what they promise,” he wrote.

Bloomberg is not the first person — or even the first billionaire environmental activist — to take himself out of the running for the Democratic nomination despite telegraphing a potential bid.

Tom Steyer, who spearheads the environmental advocacy nonprofit NextGen America, and who has pushed Congress to begin impeachment proceedings against the president, surprised observers in January by suddenly announcing his intent not to enter the race despite having engaged top staffers for a possible run.

NASHUA, NH – JANUARY 29: Former New York City Mayor Michael Bloomberg speaks with the media after touring the W.H. Bagshaw Company during an exploratory trip on January 29, 2019 in Nashua, New Hampshire. Michael Bloomberg is mulling a run for president in 2020 and said would make a decision in the coming weeks. (Photo by Scott Eisen/Getty Images)