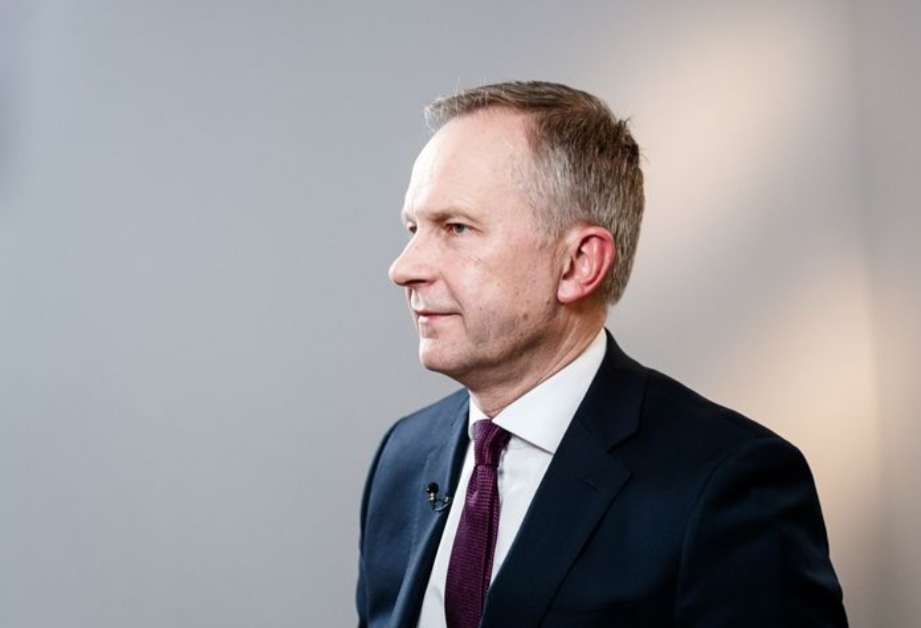 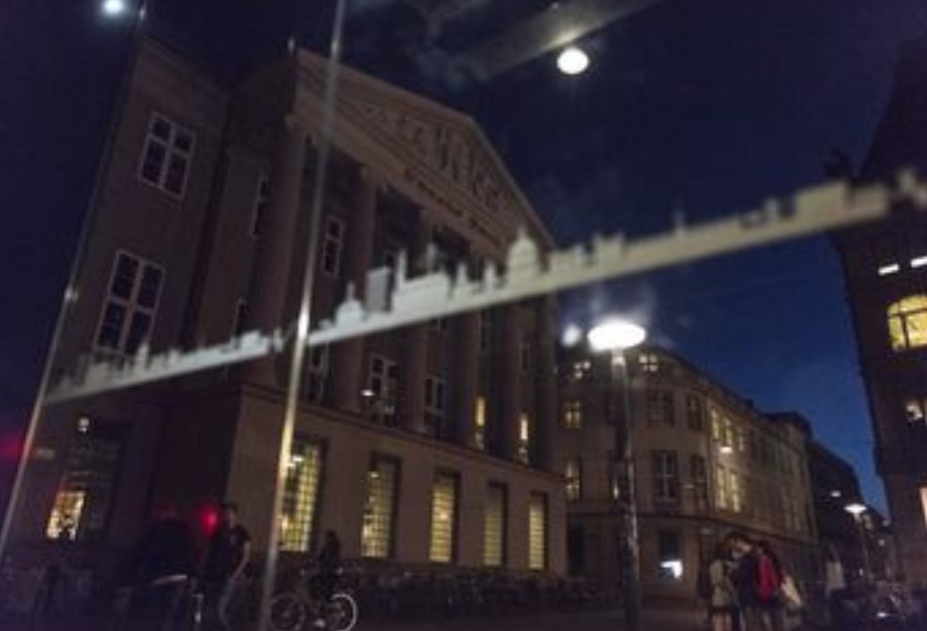 When news broke last week that one of Europe’s largest money-laundering scandals in history had widened, Estonia’s justice minister had to tear up a speech and start over.

“I wrote down my new thoughts half an hour ago,” Urmas Reinsalu, a member of the ruling coalition Isamaa party, told a conference on economic security in Tallinn. “The first point is this: what the heck has been happening in our country all these years?”

It’s a question that’s threatening to upset the political landscape in the Baltic nation, where the $230-billion Danske Bank A/S scandal has dented the establishment’s image. Now the two main political forces — the ruling Center Party and the opposition Reform Party — are facing a populist, anti-immigration party that has emerged as potential spoiler before Sunday’s general elections. 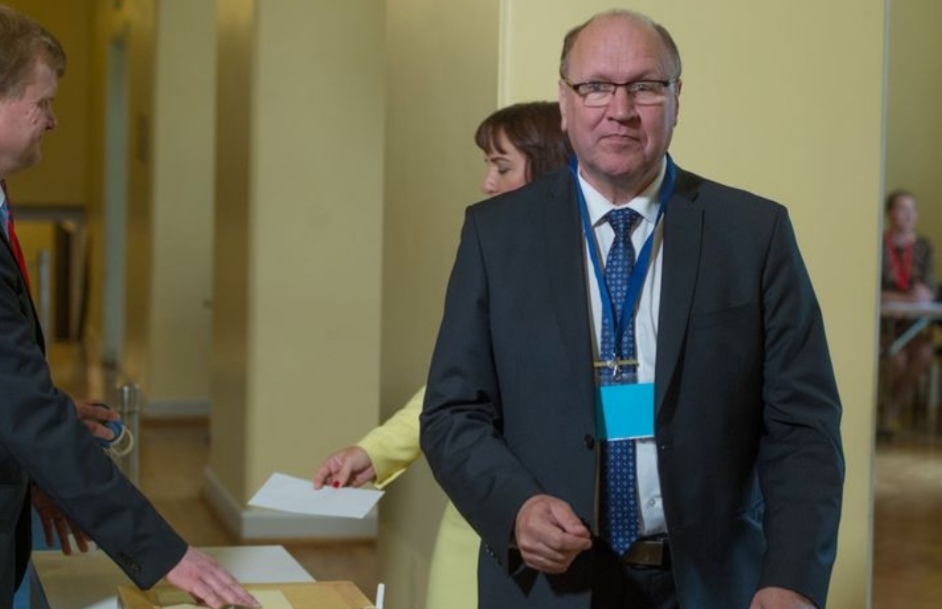 Led by Mart Helme, whose anti-refugee tirades echo those of nationalist leaders ranging from Rome to Warsaw, the EKRE party has climbed to third place in opinion polls. That may complicate coalition building by forcing Center and Reform into an awkward co-habitation. Both have rejected working with EKRE. But it could also set off a potential bidding war for the populists’ support or that of smaller parties.

“How much the populists will gain is the key election issue,” said Anu Toots, a professor of social policy at Tallinn University. “EKRE could capitalize on the laundering scandals.”

Center and Reform are battling for a first chance to form a government against the background of years of robust economic expansion that hasn’t translated into any meaningful reduction in inequality.

A believer in more social spending, Premier Juri Ratas has wooed support through tax breaks for low earners, which Reform pledges to reverse. They’re also clashing over how long the country should maintain separate schooling for Estonia’s Russian speakers, who overwhelmingly back Center. 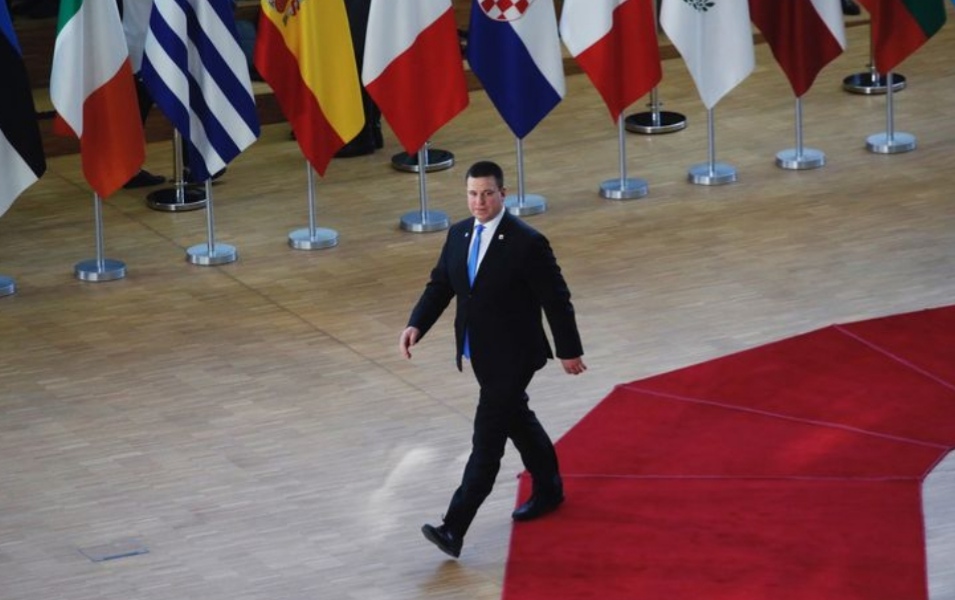 Support for Center and Reform has remained roughly stable, at 28 percent and 24 percent, according to a poll commissioned by the ERR broadcaster Feb. 7-20. EKRE had 17 percent, versus 10 percent when Ratas’s government took power in 2016. About a fifth of those surveyed haven’t made up their minds or wouldn’t say who they’d vote for.

All of this is taking place amid scrutiny into the financial scandal, which deepened last week when Swedbank AB acknowledged it had handled suspicious transactions through its units in the Baltics that linked it to the Danske money-laundering case.

Danske is being investigated by the U.S. Justice Department and the Securities and Exchange Commission after admitting that a large part of money that flowed through its Estonian unit was probably illicit. The European Banking Authority is also investigating the banking supervisors in both Denmark and Estonia.

The cabinet discussed seeking damages for the Danske scandal on Thursday and agreed to involve ministries, the financial watchdog and the central bank to clarify the country’s options, Ratas told reporters. Reinsalu said last week he’d ordered an analysis of “all legal options,” indicating Estonia would seek international cooperation on the issue.

Center wasn’t in power during the period of the laundering allegations, which add to a picture that suggests Nordic banks were the go-to firms to help people in the former Soviet Union channel billions of dollars into the West until as recently as 2015.

The Estonian case is just one of the scandals that have exploded across the region, including bribery allegations against Latvian Central Bank Governor Ilmars Rimsevics and a record graft probe in Lithuania.

Both Ratas and Reform Chairwoman Kaja Kallas have declared a “zero-tolerance” stance on dirty money. Also, illicit cash transactions by a foreign bank may be “too abstract” for the average voter to get upset about, especially if they didn’t lose anything, said Juhan Kivirahk, a researcher with pollster Turu-uuringute AS.

But EKRE’s Chairman Helme, a former ambassador to Russia, is trying to capitalize on the resentment. He sent a public letter to the prosecutor general and security service on Monday, urging them to publish all the information they had on the Estonian cases before the elections.

“It is critical for Estonia’s future that the voter would be aware of possible suspicions and links before casting their vote,” Helme wrote.