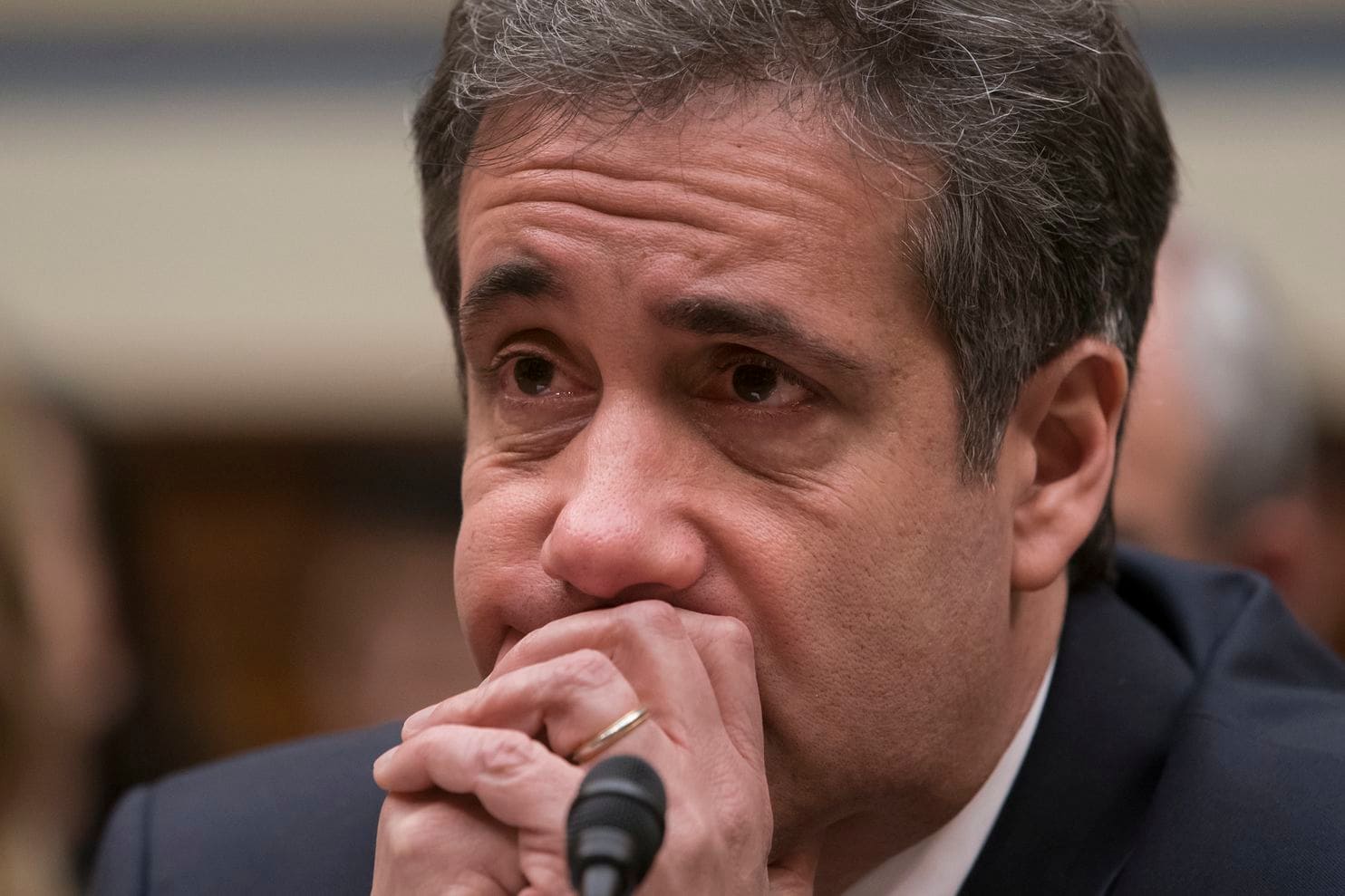 But in the near term, it’s not clear which side gained more from the testimony of Trump’s former personal attorney and fixer: the president’s Democratic opponents in Congress, who zeroed in on Cohen’s claims that Trump committed illegal acts after taking office; or Trump’s Republican defenders, who highlighted Cohen’s lack of evidence that the Trump campaign colluded with Russia in 2016.

Cohen testified before the House Oversight Committee on Wednesday, a few months before he’s scheduled to start his three-year prison term for campaign-finance violations and tax evasion and lying to Congress in 2017 about a failed Trump Organization plan to build a tower in Moscow.

Only Republicans brought up impeachment during the hearing — a telling omission from the Democrats’ wide-ranging lines of inquiry that suggests a cautious approach to the politically volatile subject.

Rep. Clay Higgins, R-La., spent a portion of his cross-examination time castigating Democrats for allowing Cohen to appear publicly in the first place.

“This is an attempt to damage our president and set some soft cornerstone for future impeachment proceedings, this is the full intent of the majority,” he fumed.

“I do not think you could believe much of what this guy says,” Ohio Rep. Jim Jordan, the Oversight Committee’s ranking Republican, said of Cohen in a “Fox News” interview Wednesday. “What I do think was going on today is that this was the first step in the Democrats’ crazy impeachment plans.”

House Oversight Chairman Elijah Cummings, D-Md., rebuked the Republicans when asked about impeachment by reporters after the hearing.

“Isn’t it interesting that not one person on our side even mentioned the word impeachment?” Cummings asked rhetorically. “They did. But not us. So again, I am hoping that — well not hoping, I know this is not the end of a process but the beginning.”

But some Democrats did bring up the topic outside the hearing room.

“There’s growing evidence that an impeachment pleading can be made, but I think there’s more that needs to be evaluated,” Rep. Jackie Speier, D-Calif., told reporters Wednesday.

And Cummings himself said after the hearing that it looks like Trump may have committed crimes while in office. “Based on, what, looking at the text and listening to Mr. Cohen, it appears that he did,” Cummings said.

But he quickly added: “I think we just have to see what [special counsel Robert] Mueller says.”

Other Democrats seized on a revealing excerpt from Cohen that could suggest their impeachment plans don’t rest solely with Mueller, whose team is investigating Russia’s 2016 election meddling and possible collusion with the Trump campaign.

“Is there any other wrongdoing or illegal act that you are aware of regarding Donald Trump that we haven’t yet discussed today?” Rep. Raja Krishnamoorthi, D-Ill. asked Cohen.

“Yes,” Cohen replied, “and again, those are a part of the investigation that’s currently being looked at by the Southern District of New York.”

Cohen, who has pleaded guilty to charges lodged by federal prosecutors in Manhattan and Mueller’s prosecutors, declined to disclose further details about the New York investigation.

Trump weighed in from Vietnam, where his second summit with North Korean dictator Kim Jong Un was cut short amid a disagreement over sanctions.

“He lied a lot,” Trump said of Cohen’s testimony, “but it’s very interesting because he didn’t lie about one thing: He said no collusion with Russia.”

Indeed, Cohen said he had no evidence that Trump or any of his associates colluded with Russia in their attempts to interfere in the 2016 election. He also shot down a key claim from a controversial dossier that made salacious but unverified allegations of Trump-Russia collusion: Cohen testified that he has never been to Prague.

Still, some Democrats say impeachment could be more of a possibility after Cohen’s hearing than it was before.

“If you are asking me if it seems more likely that the president could be removed from office based on what we know, is it more likely today than it was on Tuesday, I think the answer to that is yes,” Rep. David Cicilline, D-R.I., told CNN Wednesday evening.

Billionaire Tom Steyer, a major Democratic donor who had floated his own presidential run against Trump with impeachment as its core message, offered a more extreme takeaway from Cohen’s testimony.

The outspoken investor told CNBC he would only support a Democratic presidential candidate who backed impeachment.