Latest News
Home Elections Warren Buffett: I would support Mike Bloomberg for president if he were to run in 2020 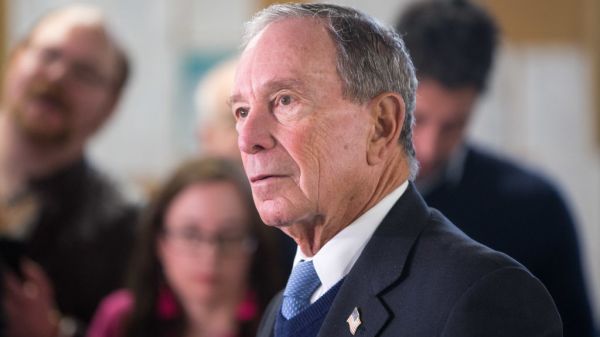 Warren Buffett: I would support Mike Bloomberg for president if he were to run in 2020

“If Mike Bloomberg announced tomorrow that he was a candidate, I would say I’m for him,” Buffett told Becky Quick in a “Squawk Box” Interview from Omaha, Nebraska. “I think he would be a very good president.”

Buffett said he’s never been a card-carrying Democrat, pointing out that he’s voted for Democratic candidates and Republican candidates over the years. He said neither party has an edge on virtue.

Without elaborating, Buffett said he and Bloomberg disagree on some things.

Bloomberg, 77, is seen as a possible 2020 candidate for the Democratic presidential nomination.

Bloomberg ran as an independent during his last successful campaign, when was re-elected mayor for a third term in 2009. He was a Republican in his first two terms. Bloomberg switched his party affiliation from independent to Democrat in October.

In a recent email to CNBC, top Bloomberg advisor Howard Wolfson hinted at how much his boss would look to invest into his own potential campaign.

“Mike spent more than $100 million in his last mayor’s race. Last time I looked, NYC is a fraction of the size of the country as a whole,” Wolfson said.

For years, Bloomberg had flirted with an independent run for president. But he now believes it would be a mistake. In a January statement, after former Starbucks chief Howard Schultz floated a possible third-party run, Bloomberg said, “In 2020, the great likelihood is that an independent would just split the anti-Trump vote and end up re-electing the president. That’s a risk I refused to run in 2016 and we can’t afford to run it now.”

In Monday’s interview, Buffett said he agrees with Bloomberg that a Schultz third-party would take votes away from any Democrat.

Making no evaluation of Schultz as a potential candidate, Buffett added, “I think generally [that] third-party candidates, they’re going to hurt one side or the other, and they’re more likely to hurt the side that they actually favor, because they’re closer to that view, and so they pull more people away that would otherwise go with the second-best with that view.”

Buffett was interviewed from the floor of the Berkshire-owned Nebraska Furniture Mart, following Saturday’s release of his widely read annual shareholder letter.