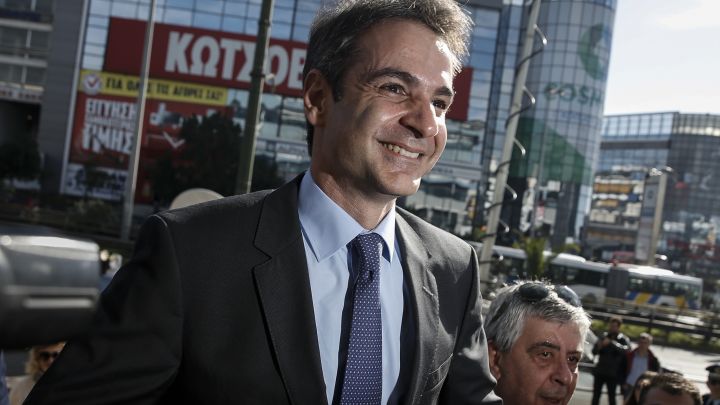 With elections ahead, Greece’s opposition is promising lower taxes and ‘aggressive’ growth

Greece’s opposition leader has promised sweeping changes to the economy at a time when the country is slowly back from the brink of an economic collapse.

Ahead of a general election later this year, the leader of the opposition party New Democracy has vowed to restore market credibility during his first year in office. In an exclusive interview, Kyriakos Mitsotakis told CNBC that he wants to bring down taxes for domestic and international businesses in what he described as an “aggressive and comprehensive tax reform.”

“This is something we can deliver within the first month (in office),” Mitsotakis said.

“We will also be sending a very clear signal to the capital markets that we mean business. I have committed myself to be able to take Greece back to investment grade within 18 months.”

On the back of Greece’s financial crisis, which began back in 2009, the country has lost its investment grade from the three major credit rating agencies.

The mandate of the current left-leaning Syriza government ends in October, meaning that a general election is looming. Opinion polls suggest that if the election were to take place now, the conservative party New Democracy would win with about 37 percent of the votes. Syriza would come second with about 26 percent.

The Greek economy is at a turning point having ended nearly 10 years of external financial help last August. The country is no longer part of a bailout program and 2019 is expected to be the third consecutive year of growth at about 2.2 percent.

Louisa Gouliamaki | AFP | Getty Images
A woman walks past a graffiti refering to the Greek debt and reading ‘Forever a loan’ outside the Academy of Athens building on August 28, 2017.

However, for the opposition, a growth rate of 2 percent is not enough.

“What Greece needs is not a growth of 2 percent. That’s not going to make a difference. We need a growth of at least in the short-term of 4 percent. That will be the target that we should really, really set and our creditors should be happy,” Mitsotakis, who worked in consultancy before moving onto politics told CNBC.

Alexis Tsipras became prime minister in 2015. The economy contracted by 0.4 percent in that year and by 0.2 percent in 2016 – the last year of economic contraction until now.

Greece is no longer under a bailout program, but in exchange for some debt relief, it has vowed to deliver a budget surplus of 3.5 percent until 2022.

Mitsotakis told CNBC that overshooting the fiscal target is sending the “wrong message.”

“In the sense that we have gone overboard with austerity,” he explained. “The reason why we have overshot the targets was because the government over-taxed the middle class and the reason why the government wanted to create a bigger surplus than was actually requested was because we wanted to use this primary surplus to distribute it in the form of electoral handouts.”

Under its current agreement with creditors, Greece has to hit the 3.5 percent level of budget surplus until 2022 or else it does not receive concrete debt relief measures. Nonetheless, Mitsotakis said he would seek to renegotiate that threshold.

“Mr Tsipras has agreed to primary surpluses of 3.5 percent until 2022. I think this is a very, very strict, (a) very strict target. I’ve said from the beginning that I respect the agreements made by the current government, but I’ve also told my European partners that should we be able to deliver real reforms, we should be rewarded with smaller primary surpluses, at least in 2021 and 2022,” he said.

“This is not about confrontation. And at the end of the day whether we have a primary surplus let’s say in 2021 of 3 or 2.5 percent, it’s not going to make a big difference in terms of our overall debt sustainability. But symbolically it would be a reward for a country that is actually engaging in meaningful reforms,” Mitsotakis added.

Greece’s finance minister, Euclid Tsakalotos, said in December that overshooting fiscal targets was a way to boost credibility in the embattled economy, according to the Financial Times.

The Greek Treasury issued its first post-bailout bond last month, getting 2.5 billion euros ($2.87 billion) in a five-year bond auction. Tsakalotos said at the time that there has been “a major shift” from hedge funds to regular investors, indicating that investors are starting to find the Greek debt market more attractive.