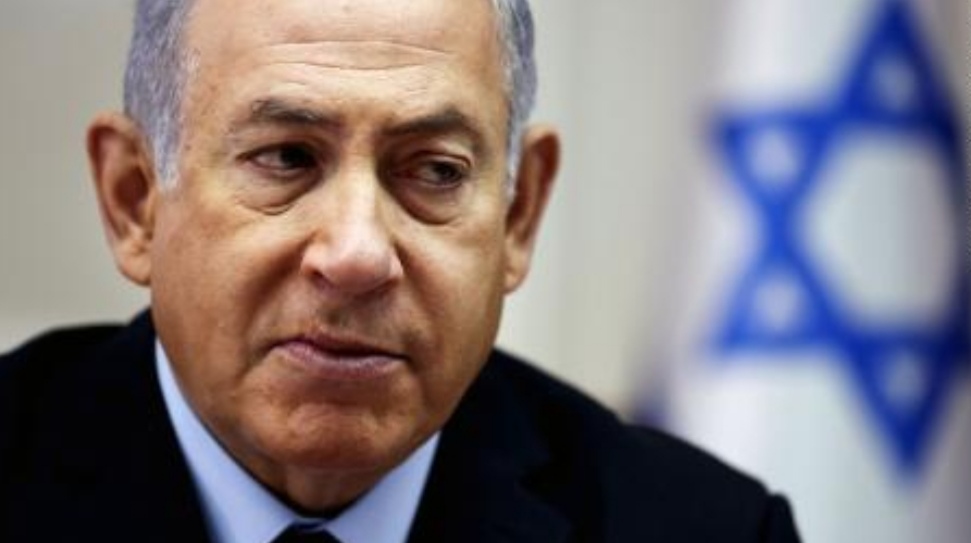 In 1988, extremist Rabbi Meir Kahane and his political party were banned from Israel’s parliament for being racist and undemocratic. Now his followers are making a comeback, courted by Prime Minister Benjamin Netanyahu as he seeks a fifth term as the country’s leader.

“The head of the Jewish Home, the National Union, and Jewish Strength — if you don’t unite, you won’t pass the electoral threshold, the right-wing bloc will lose and Gantz will form a left-wing government with the support of the Arab parties,” he wrote.

“Right-wing voters expect from you to show responsibility and to unite. Do not disappoint them and do not endanger the land of Israel,” he added. 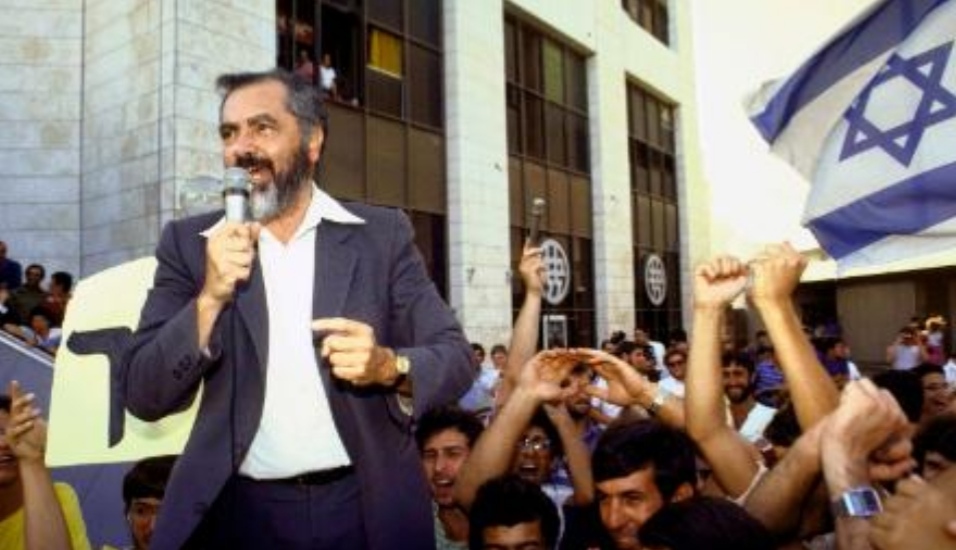 Rabbi Meir Kahane and his political party were banned from Israel’s parliament for being racist and undemocratic.

The extreme right Jewish Strength party, called Otzma Yehudit in Hebrew, is made up of followers of extremist Rabbi Meir Kahane, whose anti-Arab Kach party was banned four years after it entered the Knesset in 1984. Kahane’s speeches were boycotted by every other party. In 1994, it was banned outright in Israel under anti-terror laws. Three years later, it was designated a terror organization in the United States.

Brooklyn-born Kahane was assassinated in 1990 in a New York hotel by an Arab gunman.

The head of the Jewish Strength party, Michael Ben Ari, was one of the first outspoken followers of Kahane, who advocated forcible expulsion of Arabs from Israel and the West Bank.

In 2012, Ben Ari’s visa application to the United States was denied after the State Department ruled he was involved in terrorist activity, according to a statement from Israel’s parliament.

When asked on Israel’s Army Radio on Tuesday whether the association with Kahane was a stain, Ben Ari replied, “This is not a stain; it is a crown.”

Other members of the Jewish Strength party are Benzi Gopstein and Baruch Marzel, both also followers of Kahane’s extremist teachings. Gopstein’s Twitter handle is @Kahane_Zadak. It means “Kahane was right.” 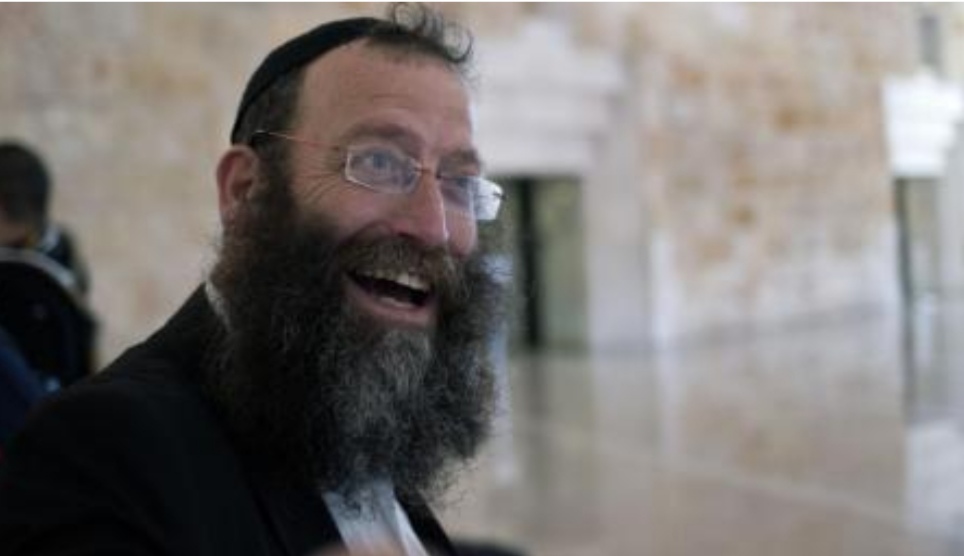 Baruch Marzel is a member of Jewish Strength and a follower of Kahane’s teachings.

A fourth member of the list, Itamar Ben Gvir, has a picture of Baruch Goldstein in his living room, as seen on an Israeli reality TV show. Goldstein, another follower of Kahane, murdered 29 Muslim worshipers and wounded 125 others in a shooting attack at the Ibrahimi Mosque, also known as the Cave of the Patriarchs, in Hebron in 1994. Ben Gvir refused to take down the photo when the host of the program asked him to remove it. When asked by CNN if the picture is still there, a spokesman for Ben Gvir said, “The picture exists.”

Without specifically naming Palestinians, Jewish Strength’s party platform calls “to remove enemies of Israel from our country” and the establishment of a “national authority to encourage emigration,” a softer wording reminiscent of Kahane’s call to expel Arabs from Israel. 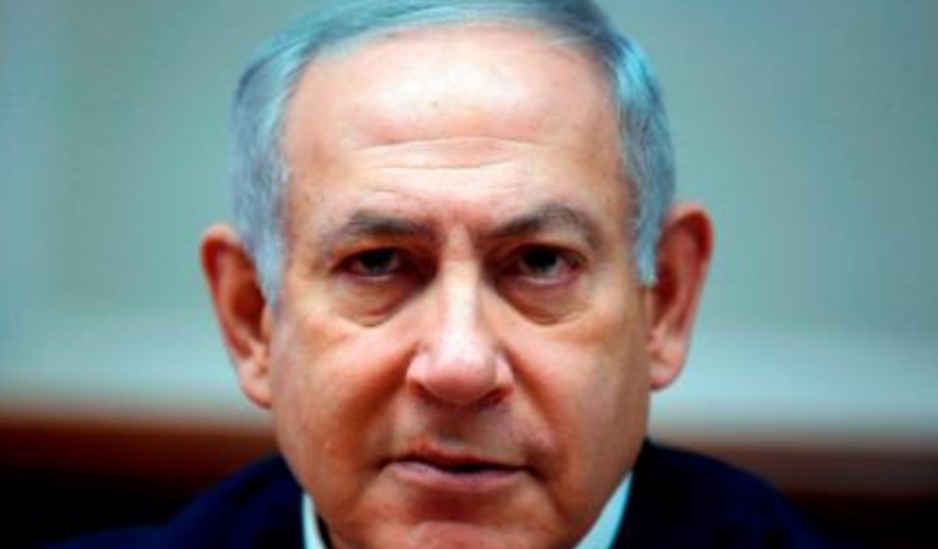 Netanyahu slams ‘brutal pressure’ to indict him during election period

Demanding annexation of the West Bank, the platform also calls anyone who wants to return Israel to the 1967 borders “an enemy,” which would include Israel’s left-wing and a vast majority of the international community.

Tamar Zandberg, head of the left-wing Meretz party, called it “frightening” that Netanyahu was reaching out to the Jewish Strength party.

“If the list is put forward we will appeal to the Central Election Committee demanding that it disqualifies it as a participant [in the elections],” she added.

In a statement, he added, “Kahane returned under the auspices of the Prime Minister of Israel. Afterwards don’t say, ‘The weeds are growing,’ when the dark, racist, inciteful, and murdering positions are walking around the halls of the Knesset.”

The Prime Minister’s office directed political questions to Netanyahu’s Likud party, which put out a statement matching Netanyahu’s Tuesday night tweet.
The union of the three right-wing and extreme right-wing parties could have a significant impact on the outcome of the April 9th election. Opinion pollssuggest support for each of the three parties is currently below the electoral threshold they need to enter parliament. In Israel, parties need to secure 3.25% of the vote nationally to qualify for the Knesset, which translates to 4 seats. If a party falls below this line, its votes are discarded.
As Netanyahu seeks a 5th term as Prime Minister, he has openly campaigned for a right-wing government. If any of these three parties fail to meet the electoral threshold, then his preferred right-wing bloc might be harder to put together, endangering Netanyahu’s chances of forming a coalition.
Source: CNN