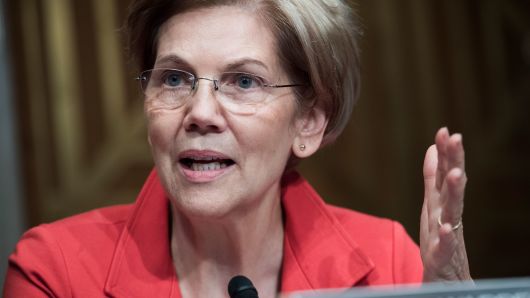 Elizabeth Warren has apologized to the Cherokee Nation for releasing the results of a DNA test last year in an attempt to prove that she has Native American ancestry, the tribe said Friday.

The apology comes as the Massachusetts senator is expected to launch her 2020 presidential campaign in the coming weeks, after creating an exploratory committee in December.

“Senator Warren has reached out to us and has apologized to the tribe,” Cherokee Nation Executive Director of Communications Julie Hubbard said in a statement to CNBC.

President Donald Trump repeatedly criticized Warren for claiming she has Native American heritage, calling her “Pocahontas.” He even went so far as to offer to donate $1 million to her chosen charity if she could prove her ancestry.

In response to Trump and other critics, Warren released a video last October which showed a DNA test had verified that she has Native American lineage. However, the move was widely panned by both her political opponents as well as Native Americans, who said that belonging to a community is about more than just genetics.

According to the analysis of Warren’s DNA test, her Native American genes can be traced to just a single ancestor “6-10 generations” in the past. Many tribal nations require at least one-eighth degree “blood quantum,” equivalent to one great-grandparent with full Native American ancestry, in order to be eligible for membership.

Warren is not a member of any tribal nation.

“Using a DNA test to lay claim to any connection to the Cherokee Nation or any tribal nation, even vaguely, is inappropriate and wrong,” Cherokee Nation Secretary of State Chuck Hoskin Jr. said in a statement last October. “Senator Warren is undermining tribal interests with her continued claims of tribal heritage.”