Latest News
Home Elections In 2020 Democratic race for the White House, virtually all the barriers are gone 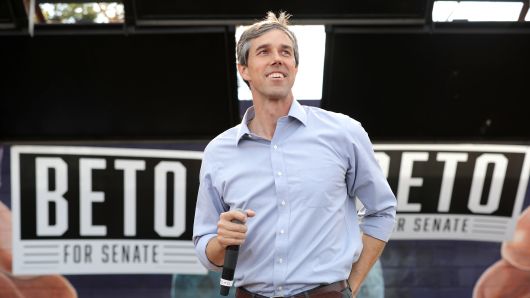 In 2020 Democratic race for the White House, virtually all the barriers are gone

One by one, barriers to entry have fallen away. And now, in Democratic presidential politics, there are effectively none.

Until the 2008 campaign, when Hillary Clinton lost to Barack Obama, only men had a realistic shot at their party’s nomination for the White House. This year, at least four women have serious prospects.

Until 2008, only whites had a shot. This year, at least two African-Americans and one Latino do.

That’s how a young ex-House member, Beto O’Rourke of Texas, has become a plausible candidate for president after losing his 2018 Senate bid. Old hierarchies that once structured the Democratic nomination fight no longer exist.

Traditionally less deferential to front-runners than Republicans, Democrats have repeatedly held wide-open nomination fights. Yet the 2020 field, by so fully representing a modern coalition built on women, minorities and socially-tolerant young people, is unlike any veteran activists have experienced.

“I couldn’t have imagined it,” said Democratic National Committee member Elaine Kamarck, once part of the centrist “New Democrat” movement that propelled Bill Clinton’s rise. “That’s our base.”

The shift reflects the long-running evolution of the American electorate. As non-whites have tripled their share to three-of-10 voters over four decades, and social norms have changed dramatically, Democrats have changed the composition of high-profile office-holders who typically mount presidential bids.

In 1980, Kamarck’s first presidential campaign, all 58 Democratic senators and 29 of 31 Democratic governors were men. No black Democrat had been elected to a Senate seat or governorship since Reconstruction.

Today, women make up more than one-third of the party’s Senate caucus and one-fourth of their governors. African-Americans Kamala Harris of California and Cory Booker of New Jersey hold Senate seats from the nation’s largest and 11th largest states, respectively.

Drew Angerer | Getty Images
Sen. Cory Booker (D-NJ) and Sen. Kamala Harris (D-CA) talk with each other as they listen to Supreme Court nominee Judge Brett Kavanaugh testify before the Senate Judiciary Committee on the third day of his Supreme Court confirmation hearing on Capitol Hill September 6, 2018 in Washington, DC.

Harris and Booker are both exploring 2020 campaigns. Deval Patrick of Massachusetts, who in 2006 became the second African-American elected governor in the modern era, did the same before announcing he won’t run.

None of this means discrimination has vanished. In twice winning the presidency, Obama said his race won him some votes and cost him others. Clinton cites her 2016 loss to Trump as evidence that “sexism and misogyny are endemic in our society.”

Yet by winning elections in large states – as Obama did in Illinois – Harris and Booker have demonstrated their ability to draw support from diverse audiences. So have Sens. Elizabeth Warren in Massachusetts, Kirsten Gillibrand in New York, and Amy Klobuchar in Minnesota.

Less-experienced Democrats still must demonstrate presidential gravitas. But social media has magnified their opportunity to do so quickly and inexpensively.

The party’s ideological diversity has shrunk nearly as much as its demographic diversity has grown. In particular, divides on social issues have all but disappeared amid revolutionary changes in public sentiment.

The result: a sprawling field of two-dozen prospects that ranges from 77-year-old socialist Bernie Sanders to 37-year-old Iraq war veteran Tulsi Gabbard. Gabbard’s gender and Samoan-American ethnicity matter less than her past opposition to gay rights, which she renounced in a video this week.

The 2020 race may test one more boundary. Pete Buttigieg, a 36-year-old Afghanistan war vet who is now mayor of South Bend, Indiana, is considering becoming the first openly gay candidate to seek the White House.

“Of the negatives he has, I don’t think being gay is the biggest,” says Hilary Rosen, a long-time Democratic strategist who herself is gay. Rosen points instead to competition from other “outsider” candidates not now serving in Washington.

Whether or not Buttigieg runs, Democratic voters have begun preparing the ground on sexual orientation, too.