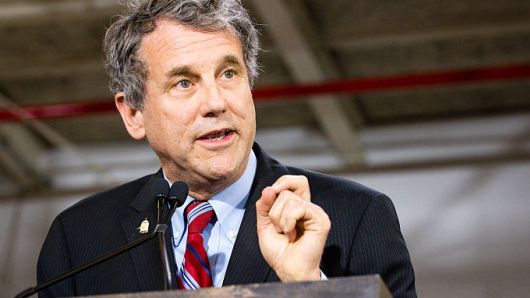 Sen. Sherrod Brown will host events in Iowa and other early primary states in the upcoming months, a sign that the Ohio Democrat is serious about a potential presidential bid.

Brown announced the “Dignity of Work Tour” on Tuesday night on MSNBC’s “All In.” The tour will kick off in Brown’s home state, before making stops in Iowa, New Hampshire, South Carolina and Nevada.

“I want to continue to learn about the dignity of work from everybody, whether you swipe a card or punch a clock,” Brown said.

Brown won re-election to a third Senate term in November, a strong showing by a Democrat in a state that President Donald Trump won in 2016. He campaigned heavily on a platform of workers’ rights designed to appeal to the many manufacturing workers in Ohio that have seen their jobs disappear over the years. The tour is a chance to spread his message nationwide.

Hosting a listening tour is “a smart strategy” for Brown to test the waters before officially announcing a presidential run, Democratic political strategist Hank Sheinkopf told CNBC. “He’s trying to stake out a no-lose setting.”

“People who might not vote Democrat who are Democrats may find him a reasonable alternative,” Sheinkopf said. Brown is “obviously from the heartland, obviously speaks the right language.”

Brown said that he will decide whether or not to run “in the weeks ahead.” But the tour is only the latest in a series of preparations, including reaching out to Wall Street executives, an indication that he will likely launch a campaign.

He is poised to enter a crowded Democratic primary field. Sen. Elizabeth Warren, Sen. Kirsten Gillibrand, Rep. Tulsi Gabbard and former HUD Secretary Julian Castro have already announced their intentions to run. Many more are expected to join them in the coming months.

The senator “is going to have to walk a thin line between the populism of Bernie Sanders and the pro-worker credibility of Joe Biden in order to find a path to the nomination,” Democratic political consultant Evan Thies told CNBC.

The tour “gives him an opportunity to spark interest in his candidacy and get the kind of national coverage he’s going to need to get beyond his base and reach a level of name recognition nationally.”