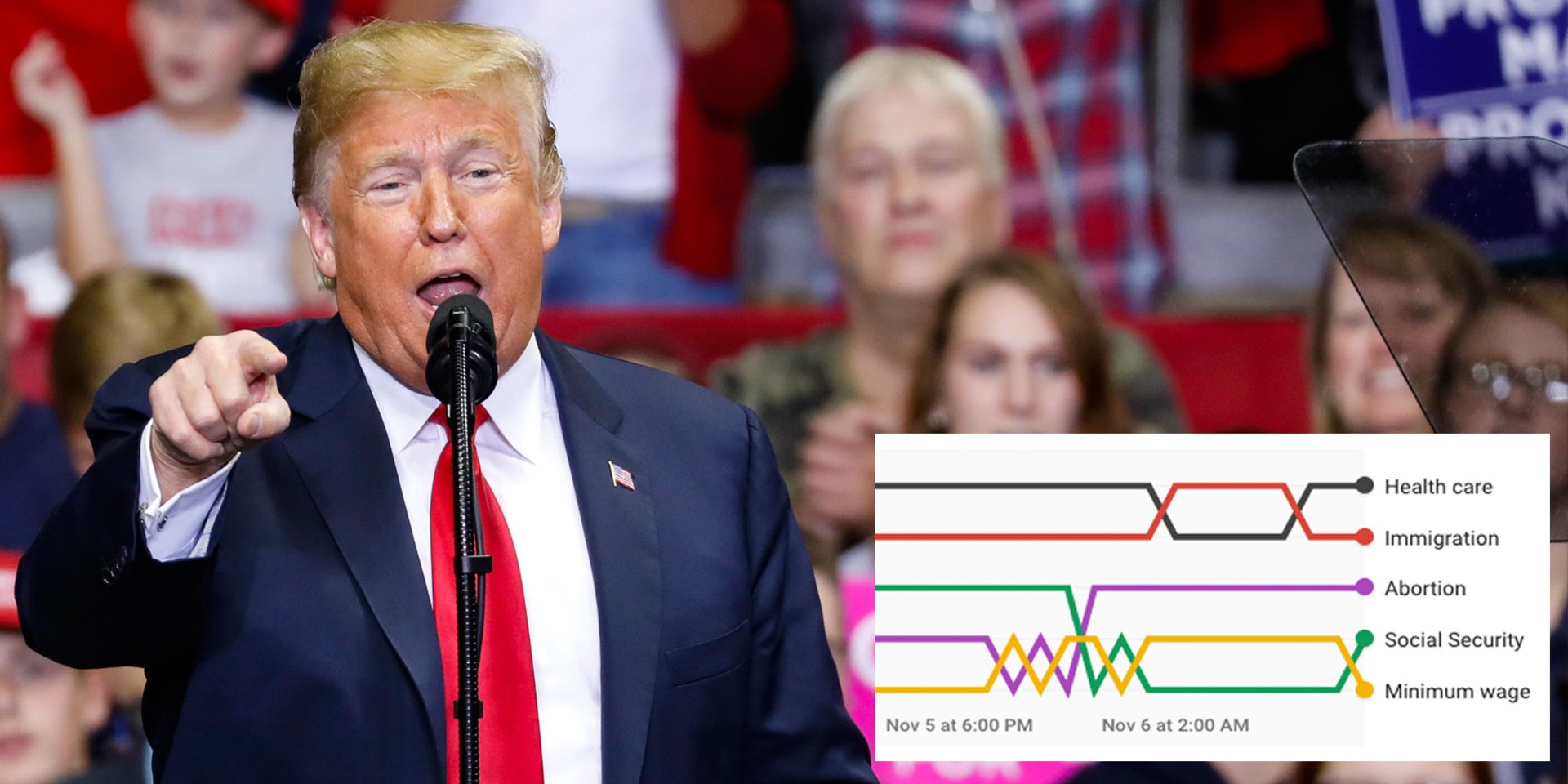 Google data shows the 5 issues dominating voter searches, and it could mean Trump’s message is failing

New Google data shows the five most-searched political issues in advance of the midterm elections, and it shows that Trump’s immigration message is failing to win out over the key Democratic issue of health care, while the economy is hardly mentioned.

Both parties have been trying to make their core issue the main issue in voters’ minds, and Google’s data showed that health care and immigration remained the two most-searched topics.

While they regularly overtook each other as the most popular topics, health care has emerged as the most-searched-for term as polls open.

From October 30 to November 1, the two search terms regularly overtook each other:

Despite Trump urging voters to keep the strong economy in mind at rallies and in tweets, the economy and job market are not among the most searched-for issues by voters.

Republicans have tried to get Trump to focus on the economy over immigration and worry that Trump’s focus on immigration could cost the party seats, Politico reported.

House Speaker Paul Ryan urged Trump to talk up the economy on run-up to the elections, a source told Politico, but Trump said that the issue of immigration fires up the base.

Republicans have found themselves on the defensive over the issue of health care, particularly protections for people with preexisting conditions, and Democrats are taking advantage: — roughly half of all ad spending by Democratic midterm candidates or groups focuses on healthcare 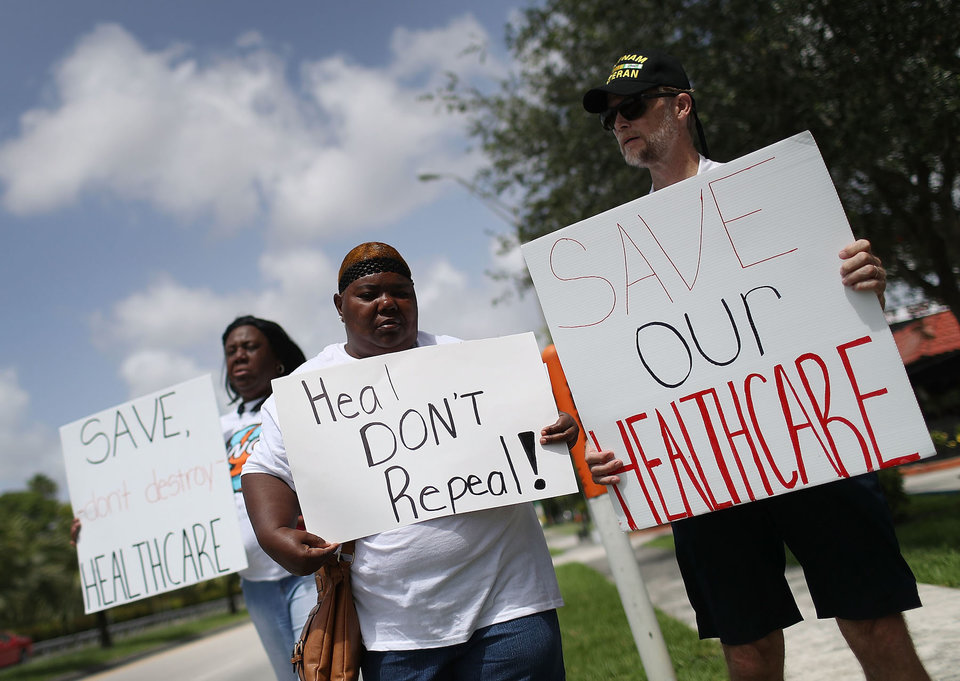 Some Republican candidates have, in response, signaled support for Obamacare’s most popular provisions.

Democrats want to make sure voters have this issue in mind when they go to the polls. House Minority Leader Nancy Pelosi, a California Democrat, urged Democrats to push the message further on Wednesday, just one day before voting.

In a letter to House Democrats, she wrote ” Health care is the key factor in voters’ decisions,” The Hill reported. 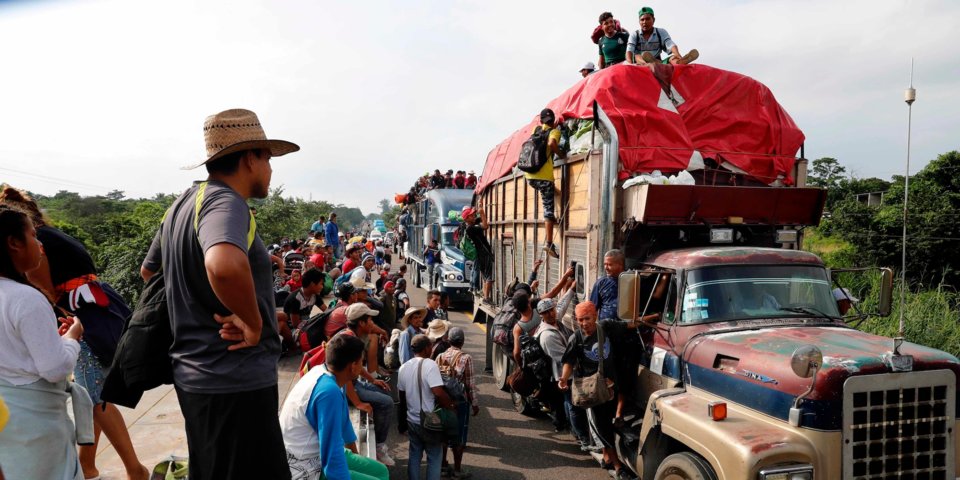 Republicans have sought to shift the debate to fears around illegal immigration, which is the biggest concern among Republican voters, according to polls.

Trump has focused on a caravan of Central American migrants that is moving north, but still hundreds of miles away. Trump has dispatched thousands of troops to the border and made vague promises to bar immigrants from seeking asylum if they cross the border illegally.

Trump’s tone when talking about immigrants has been off-putting for many voters, but has attracted others. Former President Barack Obama said that the demonization of the group is being used as a “political stunt.”

Trump has also ran an ad that falsely blames Democrats for the case of an unauthorized immigrant who killed multiple police officers in 2014. The ad was considered so offensive by CNN, Fox, NBC, and Facebook all either refused to run the ad or pulled it.