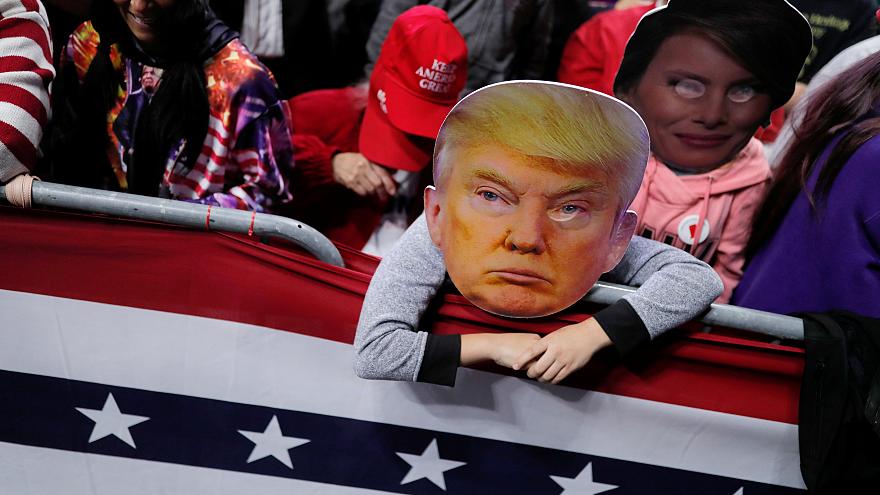 “We will make America great again,” was Donald Trump’s election promise. Today Americans get to give their verdict on how he is doing in midterm congressional elections.

Republican Donald Trump won the White House in November 2016 riding a campaign packed with controversy and drama. The billionaire businessman-turned-politician is both loved and loathed. His promise was to lash out at the legacy he picked up.

The midterm elections are widely seen as a referendum on his politics.

“These midterms are incredibly significant because Donald Trump is the most polarising president in the US and these midterms will decide whether or not there is a check to the Trump presidency, or whether Trump will proclaim himself vindicated and proceed unchecked for two years,” says Professor Allan Lichtman from the American University in Washington DC.

In the midterms, voters are picking politicians for the Congress part of government – which passes laws.

The Congress is made up of the House of Representatives, where all 435 seats are up for grabs.

And in the Senate more than a third of seats are there for the taking.

There are also governor positions to be won. The Republicans currently dominate both the House of Representatives and Senate.

But the Democrats could capitalise this time, with some incumbent Republicans not running.

“This election will decide whether we build on the extraordinary prosperity that we have unleashed,” says the US President. “Or whether we let the radical Democrats take control of Congress and take a giant wrecking ball to our economy, and to our future.”

The midterms are being watched beyond America’s borders – as Trump’s moves cause ripples internationally.

“That includes a trade policy such as taking on trade with China,” says Chris Garcia the Former Deputy Director of the US Commerce Department. “That includes foreign policy such as who we aid and what kind of foreign aid we provide our allies in the world and how we handle our adversaries as well.”

For Trump, a lot rides on these midterms – and opinion polls shows dozens of tight races.